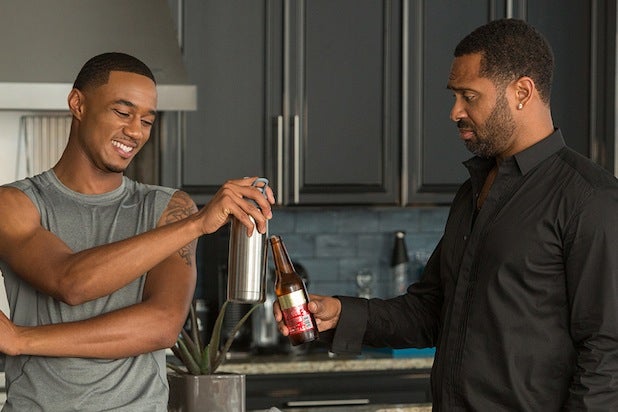 Starz is playing on the offensive for the LeBron James-produced comedy “Survivor’s Remorse.” The pay cable channel has ordered a second season after only one episode has aired.

Season 2 will consist of 10 episodes — up from the first-season order of six episodes.

The early renewal is clearly a show of confidence from the network after the premiere episode, which aired Oct. 4 at 9 p.m., barely attracted 203,000 viewers. Starz, though, accumulated the episode’s multiplatform viewership for a total of 1.3 million viewers for the series’ first week, based on internal estimates of Nielsen, Rentrak (On Demand) and internal broadband and partner data as of Thursday.

Starz CEO Chris Albrecht emphasized reviews of the show in a statement on the renewal. “We’re thrilled with the overwhelming critical acclaim ‘Survivors Remorse’ has received and we look forward to continuing our partnership with such an all-star team,” he said.

“Survivor’s Remorse” follows Cam Calloway (Jessie T. Usher), a basketball phenom in his early 20s who is suddenly thrust into the limelight after signing a multimillion-dollar contract with a professional basketball team in Atlanta. Cam, along with his cousin and confidant Reggie Vaughn (RonReaco Lee), move to Georgia to start Cam’s journey to success. At the same time, they confront the guilt and responsibilities of leaving family and friends behind while trying to balance that with their new lives.