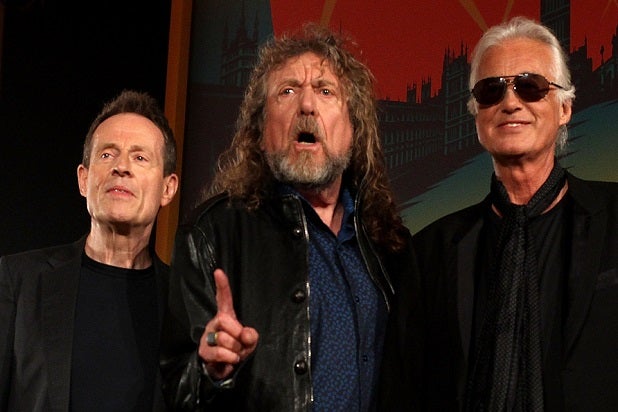 A jury was chosen in the highly anticipated trial over the Led Zeppelin classic “Stairway to Heaven” on Tuesday, as the court battle over whether the group lifted from another song begins.

The eight-member jury is made up of four men and four women in a trial that is expected to last four to five days.

Led Zeppelin guitarist Jimmy Page and singer Robert Plant were in the Los Angeles court on Tuesday, wearing black suits and white shirts. Previously, the lawyer for Plaintiff Michael Skidmore, who was also present, accused the duo of “hiding out” in an effort to avoid appearing at the trial, filing court documents to that effect.

Zeppelin’s lawyers fired back, saying that they “repeatedly confirmed” that Page and Plant would be on hand to testify, as would bassist John Paul Jones, even though the latter is no longer a party to the suit. Jones, however, was not present on Tuesday.

Opening statements will begin after a lunch recess.

Led Zeppelin is accused of infringing on the 1968 Spirit song “Taurus” while writing “Stairway to Heaven.” Skidmore, the trustee of the Randy Craig Wolfe Trust, dubbed after the real name of Spirit frontman Randy California, filed suit in 2014. His suit notes that Spirit and Led Zeppelin played a number of shows together before the release of “Stairway to Heaven.”

Also Read: Before the 'Stairway to Heaven' Lawsuit: 5 Other Times Led Zeppelin Has Been Accused of Song Theft

On Tuesday morning, Skidmore’s attorney, Francis Malofiy, promised a quickie of a trial.

“It is going to be a short trial,” Malofiy said. “No foreplay. In and out.”