Willem Dafoe, Emily Watson, Finn Wolfhard and Helena Zengel are all set to star in a fantasy epic film called “The Legend of Ochi” that is set at A24, an individual with knowledge of the project told TheWrap.

Isaiah Saxon, a famed music video director who has worked with Björk, Panda Bear, Dirty Projectors, Kanye West and Grizzly Bear and is the co-founder of the animation studio Encyclopedia Pictura, will make his feature directorial debut on the project.

“The Legend of Ochi” is based on Saxon’s own characters, world and screenplay. It’s the story of a young girl who runs away from home and learns to communicate with an elusive animal species known as OCHI. 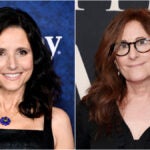 Zengel, the breakout star from the Tom Hanks film “News of the World,” will star in “Ochi” as the young girl. Other plot and character details are being kept under wraps.

“The Legend of Ochi” will also include an original score by composer and Dirty Projectors founder Dave Longstreth, who is a frequent collaborator with Saxon’s Encyclopedia Pictura.

Producers on the film are Saxon and Encyclopedia Pictura, Traci Carlson and Richard Peete for Neighborhood Watch and Jonathan Wang with Year of the Rat. The Russo Brothers, Mike Larocca and Angela Russo-Otstot from AGBO are also attached as executive producers, along with Louise Lovegrove and Alex Plapinger.

A24 will fully finance and handle worldwide releasing. 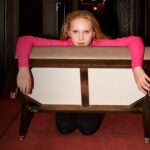 Saxon’s Encyclopedia Pictura are currently developing an animated series at Apple, and they have an animated pilot for Cartoon Network called “DIY.”

Dafoe will next be seen in Guillermo del Toro’s “Midnight Alley” and Robert Eggers’ “The Northman.” He recently wrapped production on Yorgos Lanthimos’ “Poor Things,” which is slated to release next fall.

“Stranger Things” actor Wolfhard will next be seen in “Ghostbusters: Afterlife” and in the A24 feature “When You Finish Saving the World,” directed by Jesse Eisenberg and starring Julianne Moore.

Watson most recently starred in the series “The Third Day” and “Chernobyl.”