“The Legend of Tarzan” is poised to swing big on its jungle vine and miss this weekend, a reminder of how much Hollywood studios have tried the risky strategy of building tentpole movies on some very old brand names.

Village Roadshow and Warner Bros.’ latest film built around Edgar Rice Burroughs’ 104-year-old vine-swinging hero carries a heft pricetag — $180 million — but will be lucky to open with $30 million in domestic theaters despite the long holiday weekend.

The action adventure, directed by David Yates and starring Alexander Skarsgard as Tarzan and Margot Robbie as Jane, is also getting poor reviews, with an average of just 29 percent on Rotten Tomatoes.

“Tarzan” is set to join a raft of other box office disappointments this year extending franchises that have been off the screen for more than a decade, including “Zoolander 2,” ($55 million worldwide), “My Big Fat Greek Wedding 2” ($89 million worldwide) and “Independence Day: Resurgence” ($169 million).

“There’s a difference between ‘Why wouldn’t you make this movie?’ and ‘Do people want this movie?'” one studio insider told TheWrap, adding that virtually any studio production amounts to a big gamble these days.

“They’re not truly craved by fans,” Jeff Bock, senior analyst at Exhibitor Relations, told TheWrap of many of Hollywood’s recent reboots and sequels. “They were more for studio glory, as they thought they could make a quick buck.”

Also Read: 'The Legend of Tarzan' Review: Alexander Skarsgard Swings Through a Bungle in the Jungle

Still, studios have successfully re-launched some old properties with hits like “Jurassic World,” “Mad Max: Fury Road” and this month’s “Finding Dory,” which crossed the $300 million threshold domestically in its first 12 days (a record for an animated movie).

Intellectual property with built-in awareness is also cheaper for studio marketing departments — it’s one less hurdle to cross when building hype among fans. Even cheaper still: public domain IP for which you don’t have to pay an author or creator. And Tarzan is just that.

“When reboots get it right it’s usually because A) there is a huge demand for another installment or B) there is more story to tell and it’s told very, very well,” Bock said. “‘Mad Max’ falls into the ‘B’ category, ‘Star Wars: The Force Awakens’ and ‘Jurassic World’ are in the ‘A’ category.” 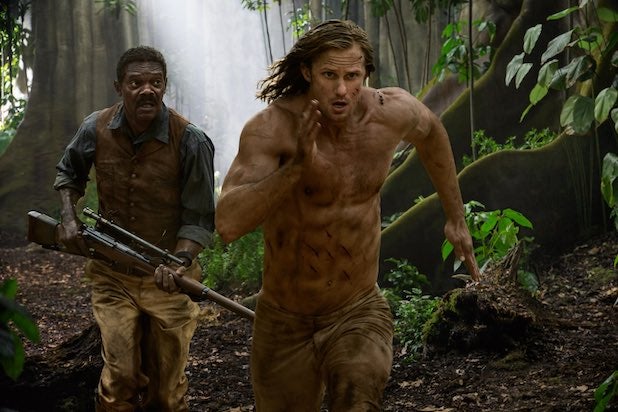 The secret ingredients to a hit reboot are ever more elusive to studio executives.

Star power doesn’t seem to be a significant factor, many insiders told TheWrap, though some felt “Independence Day: Resurgence” may have been hurt by the absence of Will Smith.

But while Charlize Theron may have boosted Warner Bros.’ 2015 hit “Mad Max: Fury Road” — which came out three entire decades after  1985’s “Beyond Thunderdome”– her presence didn’t seem to help last month’s “The Huntsman: Winter’s War.”

The sequel to the 2012 hit “Snow White and the Huntsman,” which also starred Theron as the evil queen Ravenna, disappointed with a meager $164.6 million worldwide (albeit without original leading lady Kristen Stewart).

Is it bad reviews that stomp dusty IP into box office extinction? Not always. Universal’s monster 2015 hit “Jurassic World” managed to dominate the box office, becoming the No. 2 movie of the year, in spite of decidedly mixed reviews. (The movie’s Rotten Tomatoes score is 72 percent and its Metacritic tally just 59.)

Also Read: 'Legend of Tarzan' Is a 'Big Disappointment' and 7 More of the Worst Reviews, So Far

The biggest challenge for studios may be finding old franchises that audiences are eager to see revived — which hasn’t always been the case.

“‘The Legend of Tarzan’ is like ‘The Lone Ranger’ and ‘Pan’ — nobody was asking for those,” Bock said. (Peter Pan is public domain IP, too.)

“The Lone Ranger,” an attempt to revive the ’30s Western hero starring Johnny Depp as sidekick Tonto, was a huge bomb for Disney in 2013 — leading to a writedown of nearly $200 million. Warner Bros. didn’t come close to recouping the hefty $150 million production budget for last year’s “Pan,” which grossed only $128.4 million worldwide.

“‘The Lone Ranger’ and ‘Mr. Peabody & Sherman’ are based on franchises from the ’50s and ’60s,” one industry expert told TheWrap, citing two notorious flops from two and three years ago. “Most moviegoers weren’t even a glint in their parents’ eyes when those were first out.” 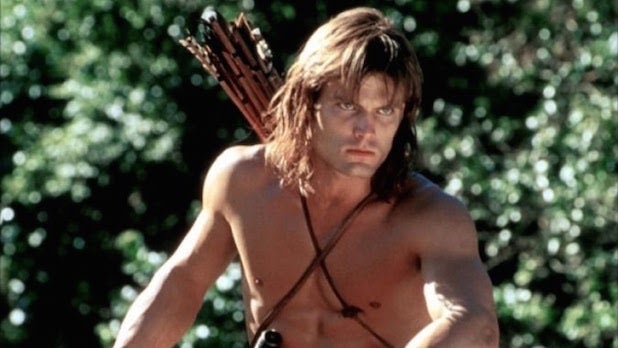 When it comes to this weekend’s “Tarzan” reboot, you’d think Warner Bros. and Village Roadshow would have learned: The two teamed up before for a Tarzan film in 1998. An epic flop, “Tarzan and the Lost City” starred Casper Van Dien and received even worse reviews than the current one.

Produced for an estimated $20 million, “Lost City” did exactly what its title indicates — it lost a lot of money, only earning $2.2 million at the box office. And that’s not opening weekend. That’s the domestic total.

(Warner Bros. also distributed 1981’s three-time Oscar nominee “Greystoke: The Legend of Tarzan, Lord of the Apes,” which made $45.9 million — better but not great given the budget that was rumored to be huge for its time.)

While brand awareness for Tarzan is high (everyone knows who Tarzan is ), interest likely isn’t.

“There is definitely an over-reliance on ‘name brand’ properties right now,” said Bock. “They’re getting the green light much quicker than original productions and that’s really hurting Hollywood.”

“‘Ghostbusters’ falls somewhere between — on one hand you have a lot of creative talent trying to make it work, on the other you have a studio coming at it from the wrong angle,” Bock said. “You simply can’t pretend the original ‘Ghostbusters’ didn’t exist. It’s a slap in the face to the creators and fans, no matter what Dan Aykroyd says.”