Legendary is in the final stages of putting together a deal for the movie rights to swashbuckling sci-fi hero Buck Rogers, multiple individuals with knowledge of the project tell TheWrap.

“Transformers” producer Don Murphy set up the project at Legendary and is producing through his Angry Films banner along with Susan Montford.

The project is based on the “Armageddon 2419 A.D.” novella by Philip Francis Nowlan that introduced the Buck Rogers character in 1928. The story centers on a coal mine inspector who awakens from suspended animation after 500 years to find himself in the middle of a planetary war. 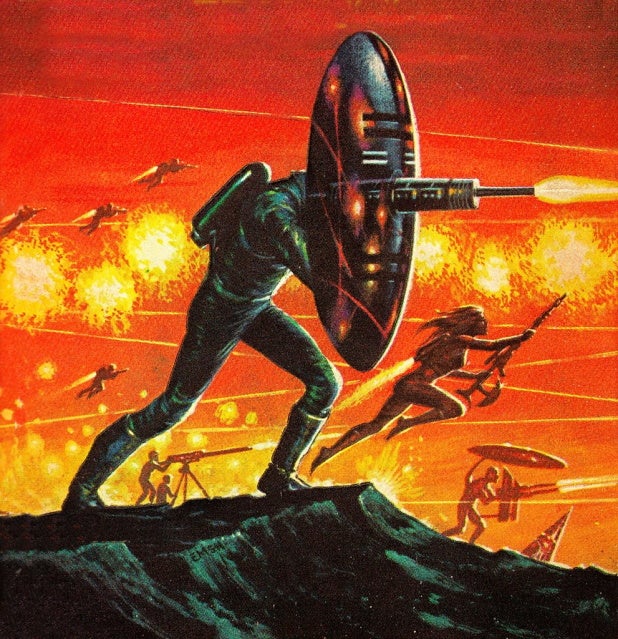 “Buck Rogers” has been adapted into various comic strips, a movie serial, radio and television shows. Developed by Chicago newspaperman John F. Dille in the 1930s, it immediately became one of the world’s most popular comic strips, read by millions daily in the newspapers all over the world. The strip was essentially Rip Van Winkle in the future in which a modern-day man wakes up 500 years in the future to a world that is no longer recognizable to him. In this future world, so many of the staples of today’s science fiction films made first appearances: ray guns, rocket ships, jet packs, laser beams. The strip’s vision of the future influenced the World’s Fair and Tomorrowland in Disneyland. The strip became so popular that in 1939 it led to a wildly successful 12 part serial starring Buster Crabbe. Between the strips, serial and later comic books Buck Rogers became as known to every American as Tarzan and Mickey Mouse.

Buck Rogers became one of the earliest licensing bonanzas with toys, clothing and bedding being popular for decades.

Inspired by the success of “Star Wars” in the late ’70s, Universal developed a “Buck Rogers” television pilot starring Gil Gerard as the swashbuckling sci-fi hero which went on to run for two seasons on NBC between September 1979 and April 1981. The feature-length pilot episode for the series was released as a theatrical film before the series aired.

Legendary is planning something along the lines of what was originally planned for Stephen King’s “The Dark Tower,” with a prestige television series that leads to a blockbuster film franchise along with an anime-style animated series, all designed to reintroduce the Buck Rogers Universe to modern audiences.