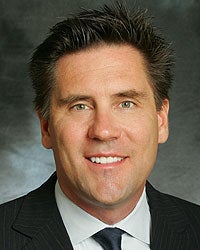 Lesinski will oversee digital content development, production and distribution, and contribute to Legendary’s digital strategy. He will report directly to Bruce Rosenblum, president of Legendary Television and Digital Media.

At Paramount, Lesinski had worldwide responsibility for the management, development and distribution of all Paramount filmed entertainment content across digital distribution platforms. Under his watch, the division created original online video content including “Jackass 2.5,” an animated “Zoolander” series and Webby Award-winning series “Burning Love.”

Also read: Legendary Pictures Will Focus on Fanboy Films in Deal With Universal

“Tom has a strong track-record of building innovative and entrepreneurial digital business models and brings significant experience in both traditional and new media,” Rosenblum said in a statement. “I look forward to his contributions as we build out Legendary’s digital strategy and platform.”