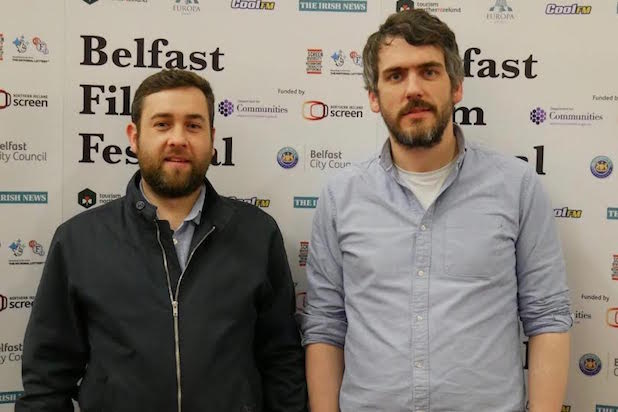 Legendary Entertainment announced on Tuesday that it has picked up a heist film pitch from Irish filmmakers Chris Baugh and Brendan Mullin about a group of career criminals who bite off more than they can chew when they try to break into a superhero’s lair.

Baugh and Mullin will both write and produce the film, with Baugh directing. The two filmmakers broke onto the indie scene with the Belfast revenge thriller “Bad Day for the Cut,” which follows a mild-mannered farmer who becomes a cold-blooded killer after his elderly mother is murdered, only to find that his mother had a dark side she hid from him. The film was selected for the 2017 Sundance Film Festival.

Through production deals with Universal and Warner Bros., Legendary has co-produced and co-financed several major releases this summer, including “Jurassic World: Fallen Kingdom,” “Skyscraper,” and Spike Lee’s “BlacKkKlansman,” which opens this weekend. The studio has two franchise titles, “Detective Pikachu” and “Godzilla: King of the Monsters,” in production for release by WB in 2019.

Baugh and Mullin are represented by CAA and Grandview.