Legendary has acquired the rights to reimagine “Faces of Death,” the 1978 cult horror film by John Alan Schwartz, according to an individual with knowledge of the project.

Filmmaker Isa Mazzei will write the script and Daniel Goldhaber will direct. Mazzei and Goldhaber are the filmmaking duo behind the 2018 psychological thriller “Cam.”

Angry Films’ Don Murphy and Susan Montford will produce. Murphy and Montford also have “Buck Rogers” being fast-tracked at Legendary. Rick Benattar will executive produce and Cory Kaplan will co-produce. 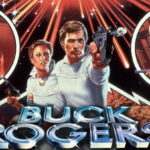 Using the underlying material as a jumping off point, Mazzei and Goldhaber will craft a film that brings the shocking fear of the original “Faces of Death” videos into the digital age, tapping into the online zeitgeist in a terrifying way. The original film was an early example of viral videos, although it was staged and fictional, people thought it was real and it was often rented under the counter by older brothers at video shops. The film advertised itself as “Banned in 52 Countries,” although this was simply hype.

According to The Hollywood Reporter which first reported the news, the new plot revolves around a female moderator of a YouTube-like website, whose job is to weed out offensive and violent content and who herself is recovering from a serious trauma, that stumbles across a group that is recreating the murders from the original film.

Mazzei and Goldhaber collaborated on “Cam” in 2018, which was well received by critics gathering a 93% Certified Fresh on Rotten Tomatoes, and “50 States Of Fright” in 2020.

Mazzei and Goldhaber are represented by CAA, Anonymous Content and Granderson Des Rochers.