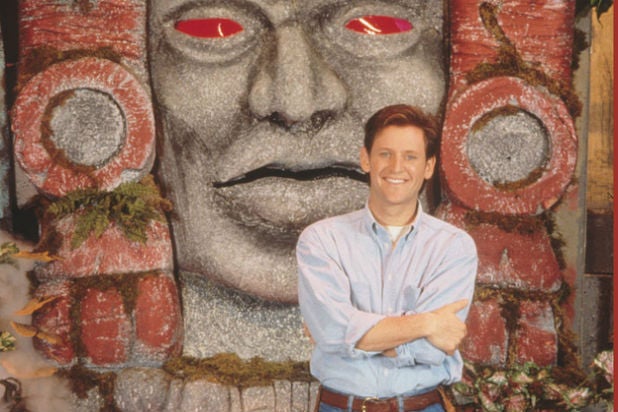 Kirk Fogg has joined the cast of Nickelodeon’s upcoming TV movie version of “Legends of the Hidden Temple.”

Fogg, who served as the original show’s host and guide, will play a key figure in the new movie in a role that pays homage to his duties in the classic Nick series. Fogg joins previously announced cast members Isabela Moner, Colin Critchley and Jet Jurgensmeyer.

“When Nickelodeon asked me to be a part of the ‘Legends of the Hidden Temple’ movie, I immediately went to the closet and pulled out my blue denim shirt, which has been protected by a powerful golden force field since 1995,” Fogg said. “‘Legends’ is truly a legend, and I’m honored to be a part of it again. I’m sure the Ancient Olmec had something to do with this; that rock head is pretty sneaky.”

Fogg was cast as the host of Nickelodeon’s “Legends of the Hidden Temple” in 1993, completing 120 episodes of the award-winning series. Since then, Fogg has appeared in over 300 commercials, and in 2006 he produced and directed his first feature film, “Distortion.”

The TV movie, inspired by the iconic 90’s game show, follows three siblings who break away from a lackluster tour in a jungle, finding themselves immersed in a high-stakes adventure comprised of obstacles that they must complete in order to escape alive.

It will feature elements from the original game show including: Olmec, a talking head who knows the secrets behind the temple; The Steps of Knowledge, the entrance to the temple and launching pad for the mission; and cameos from a green monkey, red jaguar, and silver snakes, among others.

“Legends of the Hidden Temple” is executive produced by Scott McAboy and Jessica Rhoades, and produced by Amy Sydorick. Joe Menendez will direct with Jonny Umansky & Zach Hyatt, and Alex Reid writing the script.

The “Legends of the Hidden Temple” TV movie is slated to debut on Nickelodeon in fall 2016.