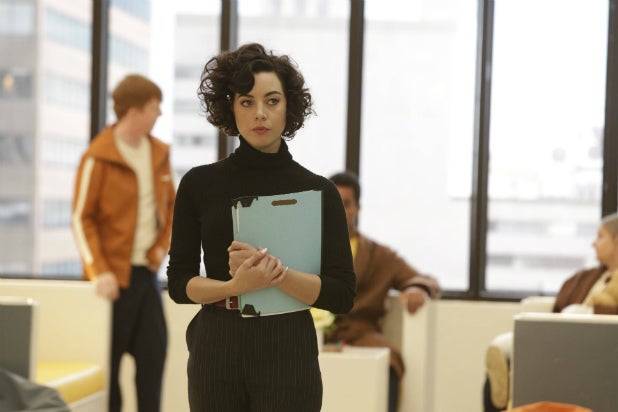 “Legion,” “Lucifer,” “The Affair” and “The OA” will pack their bags (err, giant fleet of trucks) and relocate to California for favorable tax credits. Those first two previously filmed in Vancouver, the latter pair come from New York.

All told, the Golden State’s latest attempt to lure production back will split $99.2 million across 15 small-screen projects: five new series, six recurring ones and four pilots.

The new series are “Law & Order: True Crime,” “Messiah,” “Sharp Objects,” the “Untitled Seth MacFarlane Project” and “Here, Now.” “Crazy Ex-Girlfriend” and “Snowfall” are the other pre-existing shows. The four pilots are “Behind Enemy Lines,” “Mayans MC,” “S.W.A.T.” and “The Get.”

By the way, not everything is headed to Hollywood proper. Seven of these 15 projects — “Behind Enemy Lines,” Mayans MC,” “Sharp Objects,” “Untitled Seth MacFarlane Project,” “Lucifer,” “Legion” and “The OA” — plan to shoot at least partially outside of the famed 30-mile zone.

Overall, these 15 shows will generate an estimated $620 million in direct in-state spending, per the California Film Commission, including $235 million in wages to more than 4,400 crew and cast members.

The next period for TV projects to apply for California’s Film & Television Tax Credit Program 2.0 is May 22-29.

“We’re wrapping up Year 2 of Program 2.0 on a very high note with a record number of relocating TV series,” said California Film Commission executive director Amy Lemisch. “The tax credit program is working as intended to reaffirm California’s status as the preferred choice for film and TV production.”

“The projects announced today further demonstrate Program 2.0’s ability to bring production jobs and spending to regions across the state,” she added.

“Lucifer” co-showrunners Ildy Modrovich and Joe Henderson added: “Los Angeles is a key character in ‘Lucifer,’ with the storylines revolving around iconic locations in Hollywood and Southern California, so we are thrilled that the California incentive now makes it competitive to base the show in the L. A. area.”