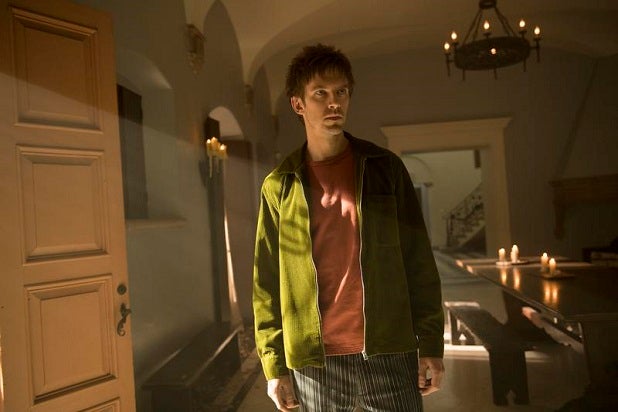 (Note: This post contains spoilers for the June 5 episode of “Legion.”)

The opening moments of “Legion” episode 10 just solidified where it has seemed like the show is going throughout Season 2: David Haller is becoming the comic book anti-hero for which the show is named.

The first few shots of episode 10 gave a big hint about what we can expect if (or more like when) David (Dan Stevens) goes fully evil. As the episode opens, we see a tent full of bones where Lenny (Aubrey Plaza) lies on the floor, and David sits in something like a throne, with his hair standing up in a flat top.

Also Read: 'Legion' Fact Check: Were All Those Tick and Dog Facts True?

That big-haired look is the one fans of the Marvel Comics character will recognize as indicative of the character Legion, the Marvel world’s most powerful super-powered mutant. Though David on the TV version of “Legion” is technically the same person, so far, he’s been pretty far removed from the comics version. In the books, Legion is defined by the fact that he can absorb other people into his mind (often accidentally), where they basically function as trapped split personalities. (It’s worth noting that that is something we’ve seen Amahl Farouk (Navid Negahban), the Shadow King, do with people already.) And when those personalities come to the forefront of Legion’s body, they present with their own superpowers. Essentially, he’s one person who contains lots of people inside him — hence the name, Legion.

On TV, though, David hasn’t reached the point of absorbing other people or gaining their powers. He does hear voices and he has been institutionalized, like in the books, but the comics version of Legion is a true anti-hero, one who has fought the X-Men, as well as aided the side of good.

During Episode 10 of Season 2, however, we see David slipping further toward evil, and the show seems to be suggesting that he’s on his way to becoming the flat topped pseudo-bad guy in his future. The show has already made clear that the contact David received from the future was Syd (Rachel Keller), trying to get him to help the Shadow King, so he could stop David from destroying the world. The opening shot of David as Legion on the throne shows him with a crystal ball in hand, and it sure looks like the image contained within it is future Syd. That would suggest David’s future as world-ender has him becoming the comic version of Legion, and that this isn’t just another alternate universe possibility for David like the ones we saw earlier in the season.

If that wasn’t enough, Melanie (Jean Smart) all but lays out David’s future evil transformation when talking to Syd in the Maze. Granted, Melanie is currently being possessed by the Shadow King. But she’s not wrong about where David seems to be headed, especially after he gets done torturing Oliver (Jemaine Clement) for much of the episode.

With “Legion” already renewed for a third season, it would make sense that the show is setting up a future conflict in which David becomes the bad guy. The question is, how fully messed up will David wind up? Will he absorb other people into his mind, as his comicbook counterpart does? Just which characters will wind up making up the Legion of “Legion?” It seems like the show is getting ready to offer up some answers.