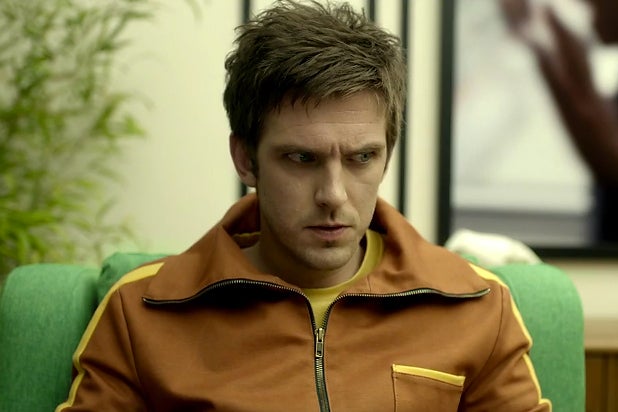 FX’s “Legion” is set in the same cinematic universe of Fox’s “X-Men,” but where it fits is still a bit of a mystery.

“There is a periodness to the movies, and by hiding the period [on the show], the question is a little more open-ended,” showrunner Noah Hawley told reporters after the show’s panel at the Television Critics’ Association’s press tour Thursday.

“Some of that is just to allow us to prove ourselves and stand on our own two feet. As we did with ‘Fargo’ that first year, for the first three hours, there was no connection to the movie at all, so the audience thought, ‘Oh great, this is working on its own,’ and then in the fourth hour, we introduced the money from the movie. Then suddenly, it was connected. But by that point, we had earned our right to be judged on our own merits.”

One big clue might be that “Legion,” starring Dan Stevens, explicitly uses the words “mutant” to describe what he is.

“We obviously had a conversation based on the movies, where in the second-tolast movie, mutants became public knowledge, and our idea is that they’re not public knowledge,” Hawley said. “So it was a lot about where are we and how do we play with those rules and everything. I think that phrase is part of the identity of what this franchise is.”

But that doesn’t necessarily mean “Legion” takes place between “X-Men: First Class” and “X-Men: Days of Future Past.”

“The other thing that X-Men has is a lot of alternate universes,” he said. “It’s not that I’m saying it’s one of those, but I’m saying the rules are flexible enough that I can sort of place the show and say, ‘Just watch it, and experience it, and then we’ll talk.'”