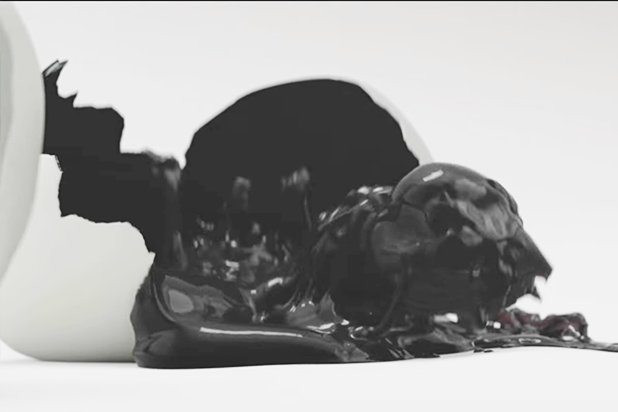 (Spoiler alert: Please do not read on if you haven’t watched Tuesday’s premiere of “Legion” Season 2)

If you thought you recognized “Mad Men” star Jon Hamm’s voice in the “Legion” Season 2 premiere, you’d be right. And you can expect to hear more from Hamm as the season goes on.

Hamm doesn’t appear as a character in “Legion,” but rather as an off-camera narrator for what showrunner Noah Hawley calls “educational segments” that appear throughout Season 2.

Now that we know David Haller’s (Dan Stevens) “delusions” are evidence of his powers, and not of schizophrenia, Hawley wanted to be sure that examining mental illness didn’t get abandoned in the show’s sophomore season.

“I didn’t then want to kick the issue of mental illness to the curb, and I started to think about the second season the story of a sane man in an insane world versus what we did in the first year,” Hawley said. That story is seen through those “educational segments,” which are kind of like something you might see on the Discovery Channel, but much darker and much weirder.

The narrator “needed to be someone with a very iconic voice,” Hawley told TheWrap in a recent interview. “I didn’t want the narrator to be one of the characters, like David or Syd, or someone that we see on screen.”

“I had met Jon last year and we were talking about doing a movie together and so i just asked him in an email and he said yes,” he said. Hamm’s iconic baritone “makes all the difference,” Hawley added.

Hawley said that the segments are his way of trying to “explore” certain issues surrounding mental illness. “We throw around the world delusion or delusional a lot, and I thought, well let’s unpack that and really understand it,” he said.

“In the first script I wrote this sequence in which a narrator talks about a delusion being like any other idea, like an egg, and on screen you see these two eggs, and one of them hatches, and it’s a healthy idea so it’s just a little baby chick, and then the second idea hatches and it’s something more corrupted and monstrous,” Hawley explained. “And that felt like a way to really visualize something that might be more conceptual. And so those kinds of sequences just started finding their way into many of the episodes.”

In the premiere, we hear Hamm describe a man who comes up with an idea that turns into a delusion — that his right leg isn’t really his right leg — and he ends up cutting his own leg off.

“You see, an idea alone isn’t enough,” Hamm’s disembodied voice explains about halfway through Tuesday’s episode. “We have ideas all the time — random thoughts and theories. Most die before they can grow. For a delusion to thrive, other, more rational ideas must be rejected, destroyed. Only then can the delusion blossom into full-blown psychosis.”

How does this relate to the bigger story at hand? We’ll have to wait and see — but in order to understand the craziness that is “Legion,” we’re banking on paying extra-close attention to these “educational segments.”

“It pays off over time with story,” Hawley promised.

We piece together the flashbacks so you don’t have to

The trouble with FX’s new “X-Men”-adjacent superhero show, “Legion,” is that it’s never clear what’s real and what isn’t. That makes it tough to keep track of the timeline of the show. With protagonist David (Dan Stevens) hopping around in time between flashbacks and the present, even he isn’t sure when things happened, or if they happened at all. Here’s a list of all the events that happen in “Legion” in order, as near as we can tell, the sixth episode. Spoilers!