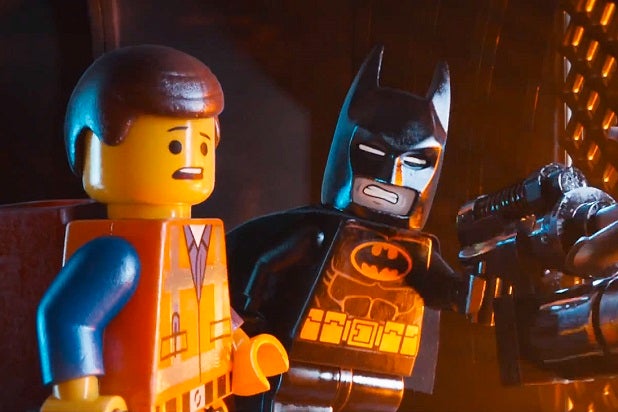 Everything is awesome when Lego Batman gets his own spinoff.

Chris Miller, director of “The Lego Movie”, confirmed via Twitter that “Lego Batman” was a go at Warner Bros. A spokesman for the studio declined comment to TheWrap.

Chris McKay is set to direct the film. He was originally slated to direct the sequel to the “Lego Movie,” but that film’s release date has been pushed back in favor of the superhero spinoff.

Seth Grahame-Smith will pen the screenplay with Roy Lee, Dan Lin, Phil Lord and Christopher Miller producing. Will Arnett, who voiced the breakout Batman character in the original Lego film, is expected to reprise his role.  The original film, which brought in $468 million worldwide, was directed by Phil Lord and Miller and starred the voice talent of Chris Pratt, Will Ferrell, Elizabeth Banks, Nick Offerman, Alison Brie and Charlie Day, with Liam Neeson and Morgan Freeman. Lord and Miller also wrote the screenplay from a story by Lord, Miller, Dan Hageman and Kevin Hageman.

The next movie in the Lego franchise is “Ninjago” which is set for release in Sept. 2016.