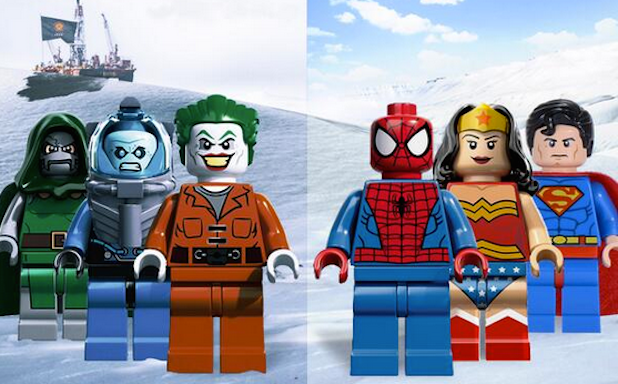 Environmental activists are throwing bricks at the Lego-Shell Oil partnership.

Since 2013, the two Dutch companies have been engaged in a very lucrative cross promotional exchange — worth an estimated $116 million — that has featured at least 16 million Shell-branded Lego sets sold in 26 countries. Now, with Shell signaling its intention to drill in the Arctic, environmental group Greenpeace is leading the effort to get the toy company — which, given the worldwide success of Warner Bros’ “Lego Movie,” is more influential than ever —  to disassociate itself from the oil company.

“Climate change is an incredible threat facing all children around the world, but Shell is trying to hijack the magic of Lego to hide its role,” a spokesperson for Greenpeace said. “It is using Lego to clean up its image and divert attention from its dangerous plans to raid the pristine Arctic for oil. And it’s exploiting kids’ love of their toys to build lifelong loyalty it doesn’t deserve. It’s time for Lego to finally pull the plug on this deal.”

LEGO people letting it all hang out in a bid to stop a losing streak in the Arctic http://t.co/OtRiUObpXa #BlockShell pic.twitter.com/31xia0EwsY — Greenpeace UK (@GreenpeaceUK) July 1, 2014