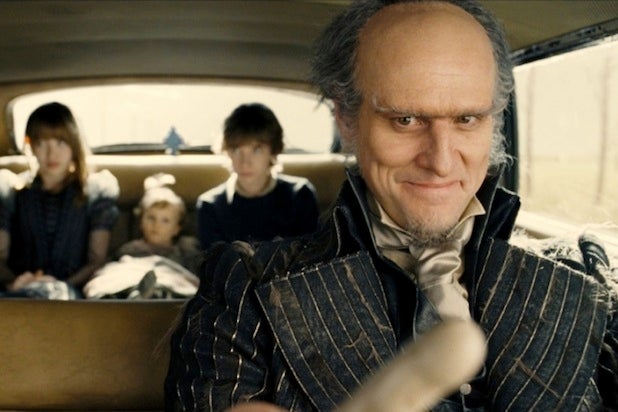 Netflix is adapting the best-selling book franchise, “A Series of Unfortunate Events by Lemony Snicket,” for a series.

The streaming service has acquired the rights to produce an original series based the books, which recount the tale of the orphaned children Violet, Klaus and Sunny Baudelaire at the hands of the villainous Count Olaf, as they face trials and tribulations, misfortunes, and an evil uncle in search of their fortune, all in their quest to uncover the secret of their parents’ death.

“On the search for fantastic material that appeals to both parents and kids, the first stop for generations of readers is A Series of Unfortunate Events.  We are proud to start work on a series for a global audience that already loves the books, ” said Cindy Holland, Vice President, Original Content for Netflix. “The world created by Lemony Snicket is unique, darkly funny, and relatable. We can’t wait to bring it to life for Netflix members.”

It will be co-produced with Paramount Television. Paramount produced the 2004 movie “Lemony Snicket’s A Series of Unfortunate Events.”

Netflix is certainly on a buying spree. TheWrap first reported that it is adapting cartoon “Richie Rich” into a live-action series with Awesomeness TV. It also picked up Bill Burr, Laura Dern and Justin Long‘s animated comedy series “F Is for Family.” Last month, Netflix partnered with Canada’s City and Shomi on deadly disease drama “Between.”