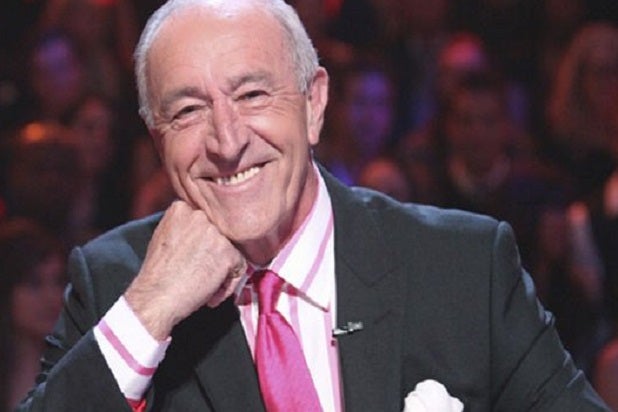 Len Goodman is planning to hoof it from “Dancing With the Stars.”

“DWTS” judge Goodman said that he will depart the ABC reality competition after its upcoming spring season, Digital Spy reports.

A spokeswoman for “DWTS” had no comment for TheWrap.

Goodman, who also judges the British series “Strictly Come Dancing,” dropped the bombshell while speaking to reporters, saying that he’s dropping “DWTS” to free up some time in his schedule to address personal issues.

Goodman also said that he will not participate in the “Strictly Come Dancing” tour.

Also read: 'Dancing With the Stars' Antonio Sabato Jr. on Cheryl Burke's Exit: 'This Show Is Going to Miss Her' (Video)

In September, “Dancing With the Stars” executive producer Rob Wade told TheWrap that Goodman planned to take time off from the series, as he did last year.

“”I’m sure it’s no mystery that Len has been getting on [in years] and he took some shows off last fall,” Wade said. “I think he’s not retiring completely, but he’s certainly not looking forward to the very taxing schedule of flying back and forth every week from the U.K. — he does the U.K. show, as well. So, he’s going to take four or five weeks off. So, we’re looking for someone to replace him.”

Wade added that newly installed judge Julianne Hough, who previously competed on the series, would help to fill the gaps during Goodman’s absences.

“I think in particular when Len’s away, it’s going to be very useful to have her there as a permanent judge to fill that void,” Wade said. “We will have guest judges alongside them for some weeks, but I do like the idea of having a mainstay there in Julianne. She makes a lot of sense for the show not only this season but for the future of the show.”

During his talk with reporters, Goodman said he was confident that “Dancing With the Stars” judge Bruno Tonioli would be returning to the series.