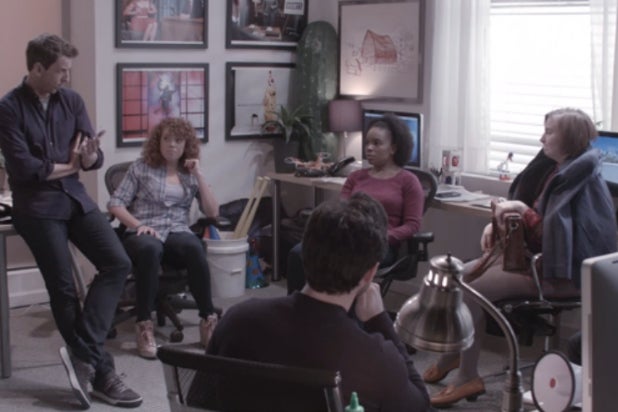 “I know I’m new and you probably see me as a threat to your fragile writers room ecosystem, but not to worry — I’m easy-going and I’m not at all judgmental, so bring on the dick jokes,” Hannah opened.

Her introduction got way dirtier from there — and more insulting.

“I’m just excited to be here and get this show out of its incredible funk,” she told her new boss.

Horvath then snapped at the men in the room and even sprinkled in a little anti-Semitic bagel humor, before pausing to video-chat with Allison Williams‘ Marnie — all still during the first few minutes of her initial staff meeting.

The constantly employed/unemployed HBO character’s final pitch saw Seth playing a 24-year-old girl in Brooklyn who gets choked out by Fred Armisen during sex.

Hannah promptly quit after that one wasn’t well received either.