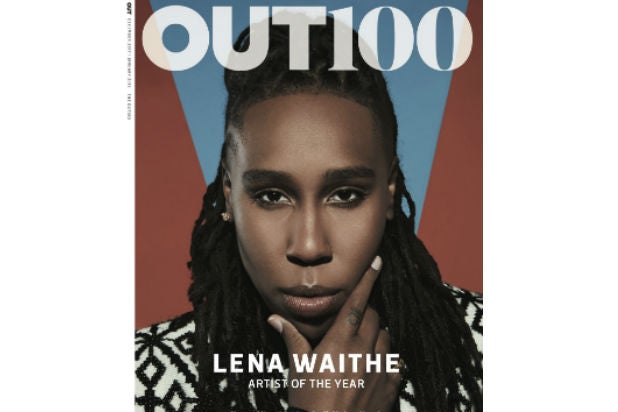 Lena Waithe officially arrived in September, when she made history as the first African American woman to be nominated — and then win — an Emmy in the comedy writing category for Netflix’s “Master of None.”

Now the victor is busy getting the spoils. Waithe tops this year’s Out 100 List, the publication’s annual rank of LGBTQ+ actors, politicians, musicians, activists and community members. As one of four cover stars, Waithe reflected on her big night and her impassioned speech.

“I wanted to say something about our community, particularly the queer community — to share that with them because that’s what the story was really about: coming out. It was bigger than me, bigger than one episode of television,”  Waithe told the magazine.

“To me, that was a moment to really see people in the community and tell them I see them and tell them the things that make us different are actually what make us special. If I wasn’t a queer black woman, I don’t know if I would have been standing on that stage. I hoped that they could see through me that when you tell your story, when you live your authentic life, only good things will come from it,” she continued.

It told of several holiday meals over her adolescence and young adulthood, as her character and surrounding family members struggle with her coming out. A production start on “Master of None” season three is currently unknown.

Read the complete Out 100 here.