Leon Vitali, one of Stanley Kubrick’s closest collaborators, died on Saturday night at the age of 74, Kubrick announced in a series of tweets Sunday.

“It is with the greatest of sadness that we have to tell you that the mainstay of a vast number of Kubrick’s films, Leon Vitali, passed away peacefully last night. Our thoughts are with his family and all that new and loved him. 26 July 1948 – 20 August 2022,” Kubrick wrote.

In a subsequent post, Kubrick continued, “Whether giving the performance of his life as Lord Bullingdon, portraying the ominous Red Cloak, providing BTS technical support on FMJ and attending the Cannes Film Festival 4K release of The Shining, Leon Vitali was the heartbeat of Kubrick’s films after the master himself.” 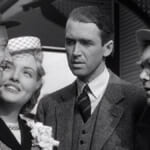 No further details of his passing or the cause of death have been released. 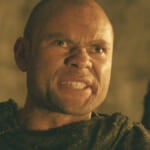 The 2017 documentary “Filmworker,” which premiered at the Cannes Film Festival, retold the three-decade relationship between Kubrick and Vitali from which sprung some of the most vital creative decisions for the director’s most famous films. Vitali, who had a modest TV career as an actor in the early 1970s, first met Kubrick when he was cast in the drama “Barry Lyndon” as the titular character’s stepson Lord Bullingdon.

After the pair bonded during postproduction on “Barry Lyndon,” Vitali decided to give up his acting career when Kubrick asked him to assist him on production of his legendary 1980 film “The Shining.” As casting director for that film, Vitali found Danny Lloyd and cast him as the young telepathic protagonist Danny Torrance.

It was also Vitali’s decision to make the infamous girls that Danny encounters in the Overlook hotel twin sisters. While Kubrick’s script did not call for the girls to be twins, Vitali cast Lisa and Louise Burns after the real-life twins auditioned for the role.

After Kubrick’s death, Vitali oversaw digital restoration of Kubrick’s films, receiving an award from the Cinema Audio Society for his work.

“Leon was a special and lovely man driven by his curiosity, who spread love and warmth wherever he went,” his children said in a statement. “He will be remembered with love and be hugely missed by the many people he touched.”

“There are people we meet who have a profound impact upon our lives. Leon Vitali was one such person in mine,” tweeted “Full Metal Jacket” star Matthew Modine. “An artist in every aspect of his life. A loving father & friend to so many. A kind, generous & forgiving nature. He exemplified & personified grace.”