The 21-line diss poem, titled “Kanye West Is Not Picasso,” was written on March 15, 2015, according to the published work. It preceded West’s 2016 album, “The Life Of Pablo,” which featured songs like “Famous” and “Wolves.” It also notably preceded the rapper’s turn as a political activist in support of President Donald Trump.

Cohen name drops Pablo Picasso, Bob Dylan and Thomas Edison, stating that West is nothing like the mentioned geniuses.

On Wednesday night, singer Amanda Shires shared an image of the full poem on Twitter. 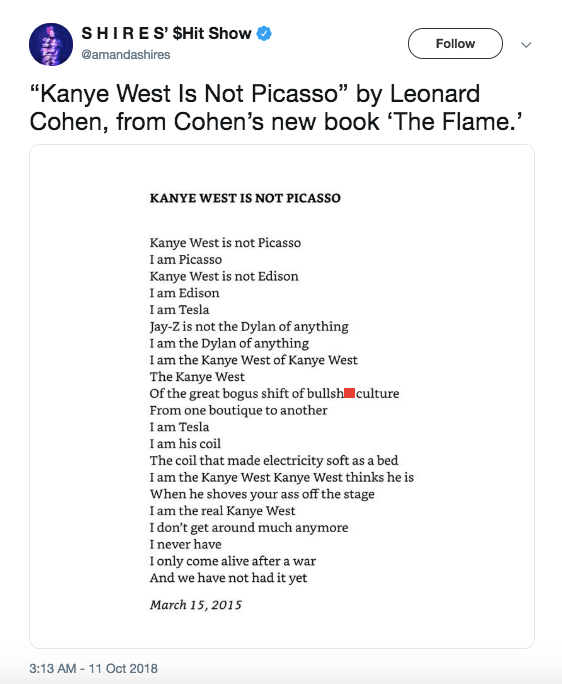 According to Stereogum, Cohen’s posthumous album is still in progress. The singer-songwriter, known for songs including “Hallelujah”and “Suzanne,” died at 82 years old after a battle with leukemia.