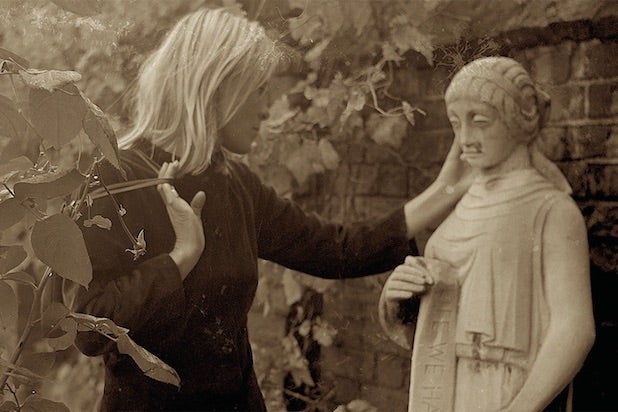 Indie distributor Roadside Attractions announced on Thursday that it has picked up the North American rights to director Nick Broomfield’s documentary, “Marianne & Leonard: Words of Love,” following its world premiere at the 2019 Sundance Film Festival.

The film, which was in the Documentary Premieres section at the festival, follows the enduring love story between legendary Canadian folk singer Leonard Cohen and his Norwegian muse, Marianne Ihlen.

“Marianne & Leonard: Words of Love” is billed as one of Broomfield’s most personal and romantic films. The documentary begins on the Greek island of Hydra in 1960, where Cohen, then a struggling and unknown fiction writer, and Ihlen, a single mother with a young son, became part of a community of ex-pat artists, writers and musicians. The never-before-seen footage shot by Broomfield and legendary documentarian D.A. Pennebaker give a glimpse of an idyllic 1960s bohemia.  It was a time that left a lasting imprint on both the duo, whose friendship would last another 50 years before their deaths in 2016.

Also Read: Hilary Swank's 'I Am Mother' Lands at Netflix

“Making this film was like coming full circle,” Broomfield said in a statement. “It is D.A. Pennebaker’s unseen footage of Marianne, shot on Hydra all those years ago, that we found in a vault, that is used in the film.  D.A. Pennebaker, Marianne, and Leonard have remained the greatest of influences, and it was a privilege to make this film.”

It was on Hydra in 1968 that Broomfield, then age 20, first met Ihlen. She introduced him to Leonard Cohen’s music and encouraged Broomfield to make his first film.

“Any Leonard Cohen fan can tell you that there’s something profoundly romantic about his music,” Roadside co-founders Howard Cohen and Eric d’Arbeloff said in a statement. “While it’s hard to know what inspires great art, the extraordinary love story between Marianne and Leonard comes to life in Nick’s film in a way that will inspire everyone who sees it.”

The acquisition announcement was made by Cohen and d’Arbeloff, who plan to release the film in theaters later this year.

The deal was brokered by leading global distributor Kew Media Distribution, which has worldwide rights to “Marianne & Leonard: Words of Love.”