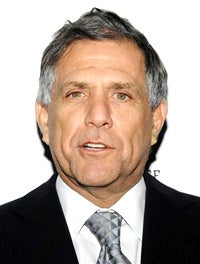 CBS chief Les Moonves spoke at the Milken Institute Global Conference in Beverly Hills on Wednesday night, and he tossed some cold water on Hollywood’s wild enthusiasm for 3D.

For starters, Moonves — who was just given a new five-year contract — said 3D conversions of old shows did not “knock me out,” according to Reuters. (Video of most Milken panels are available here, but not this one.)

"Does the experience get good enough on television to work?” Moonves said. “I’m not sure it’s going to be economically viable for the near future."

Moonves did say he thinks sports broadcasts in 3D will be awesome.

Chase Carey, News Corp.’s deputy chairman, said he is bullish on 3D — shocking, given his company is responsible for a little film called "Avatar" — although he conceded there are some lingering questions of adoption:

"There’s a question of if people will come home at 7 o’clock at night and put on a pair of glasses to watch the evening news,” he said.