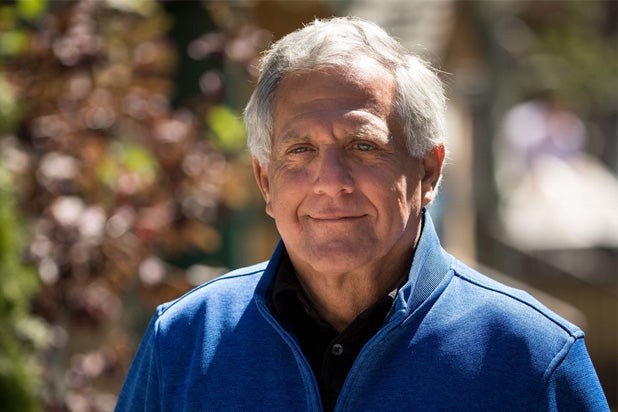 Former CBS CEO Les Moonves conspired with the former manager of actress Bobbie Phillips to keep her from coming forward to accuse him of sexual assaault, the New York Times reported Wednesday.

According to Phillips, Moonves forced her to perform oral sex on him during a 1995 business meeting. Moonves has since stated the encounter took place, but denies that it was sexual assault. “I strongly believe that the sexual encounter with Ms. Phillips more than 20 years ago was consensual,” Moonves said in a statement to the Times.

But in late 2017, according to the Times, Phillips’ former manager, Marv Dauer, contacted Moonves just six days after being contacted by a Times reporter about Phillips. The pair then discussed finding acting roles for her to keep her from going public.

Moonves, the Times reports, later told outside lawyers for CBS that Dauer contacted him to tell him about the press inquiry, and to tell him that Phillips was “making noises” and “always looking for work.” Through a spokesperson, Moonves also told the Times that Dauer pressured Moonves to find the actress work.

But in a sworn declaration and interview, Dauer said he meant only to warn Moonves about the inquiries, and accused Moonves of bringing up the idea of finding Phillips work.

The story notes that Moonves claimed to CBS’ outside lawyers the incident with Phillips was “consensual” and he was slow to disclose his attempts to get Phillips a job with the help of CBS casting director Peter Golden during the investigation this summer.

Moonves was accused of sexual misconduct by six women in a July New Yorker article written by Ronan Farrow; six more women came forward in August. Moonves resigned as CEO of CBS in September following a two-month investigation, but has denied all accusations.

If Moonves is determined to have not been honest with CBS investigators, the Times says, he could lose out on a severance package valued at $120 million. His contract stated that CBS would owe him nothing if he was fired for cause, which would include failure to fully cooperate with the investigation that led to his ouster.

Representatives for CBS and CBS’ investigation into the accusations of sexual misconduct against Moonves declined TheWrap’s request for comment. Dauer did not immediately respond to a request for comment, nor did Phillips’ lawyer or agent.

Phillips told the New York Times that she met with Moonves on March 7, 1995, at the Warner Bros. studio in Burbank. She said that while he showed her an easel with various Warner Bros. productions, he said, “Look how hard you make me.” She said she “saw that he had undone his trousers, exposing his erect penis.”

She said Moonves told her, “Be my girlfriend and I’ll put you on any show,” then grabbed her by the neck, pushed her down and forced his penis into her mouth.

It ended only when Moonves’ intercom buzzed, she said, because a casting director Moonves had promised to introduce her to called him back. She said Moonves told the director: “I have this great actress.”

She said she thought of a baseball bat near his desk: “I wanted to use the baseball bat to knock his head off.”

Dauer said he called Phillips that day to ask how the meeting had gone: “Not very well,” he recalled her saying. “I don’t want to talk about it.” The next day, Dauer says Phillips declined an offer to meet producers with Moonves, saying she would never speak to or work with Moonves again.

According to the Times, Phillips has hired a lawyer to “pursue claims ” against Moonves and CBS, “including that he caused her emotional distress by dangling job possibilities to keep her silent and defamed her by insisting the encounter was consensual.” Phillips lawyer told the Times he had been seeking $15 million in damages for his client before negotiations with Moonves’ lawyers fell through, and now Phillips is “weighing her options.”

The Times story includes quotes attributed to text messages between Moonves and Dauer during CBS’ investigation into Moonves’ conduct, detailing Moonves’ requests for help from Dauer in keeping Phillips quiet with a job offer.

According to one quoted text from the Times, Moonves told Dauer on Aug. 11: “If Bobbie talks, I’m finished.”

The CBS board held “an emergency meeting” with their lawyers in late August, after discovering Moonves had tried to find a job for an accuser, with the focus now on Moonves’ relationship with Dauer, according to the Times.

“Until that point, the lawyers had recommended keeping Mr. Moonves as C.E.O. Now their view was shifting,” the Times wrote. According to the Times, lawyers then recommended Moonves be put on leave.  He was forced to step down Sept. 9.

The Times said CBS’ lawyers recently discovered that Moonves deleted many text messages with Dauer, but that Dauer still has them, though he says Moonves asked him to delete them — which Moonves’ spokesperson denied to the Times.

Dauer, who preemptively denied he was blackmailing Moonves for work throughout their exchange, told the Times: “I don’t know how I got in the middle of this. All I know is that I’m a key witness with $120 million at stake. I can’t even imagine a sum of money like that.”

The Times did not immediately respond to TheWrap’s request for comment on how reporters obtained the texts and emails referenced in the story.