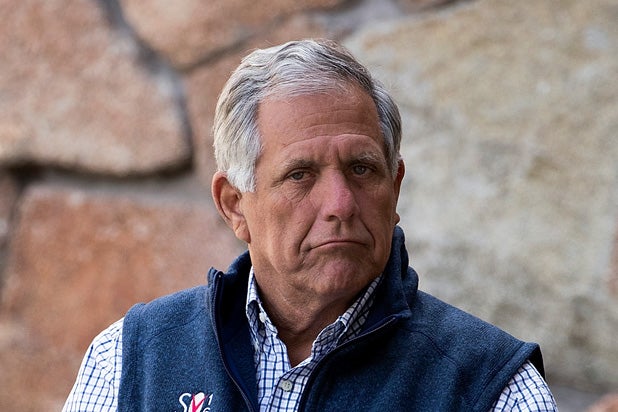 Former CBS chief Les Moonves will be pursuing arbitration to fight CBS for the $120 million severance pay he was denied last month when he was fired by the board of directors for cause.

In a Securities and Exchange Commission filing on Thursday, CBS stated that Moonves has informed the company of his plan: “On January 16, 2019, Mr. Moonves notified the Company of his election to demand binding arbitration with respect to this matter. The Company does not intend to comment further on this matter during the pendency of the arbitration proceedings.”

The investigation into Moonves — who was ousted in September, after multiple women came forward with sexual misconduct accusations — concluded Dec. 17, with the CBS board announcing at that time the former chairman and CEO “will not receive any severance payment.”

“We have determined that there are grounds to terminate for cause,” the board said in a statement, citing what they categorized as Moonves’ “willful and material misfeasance, violation of company policies and breach of his employment contract, as well as his willful failure to cooperate fully with the company’s investigation.”

Moonves stood to receive a $120 million golden parachute, pending the now-closed investigation, which is what he’s fighting for now.

In a statement given by Andrew Levander, an attorney for Moonves, at the time of CBS’ ruling last month, the broadcaster’s former chief maintained his innocence. “The conclusions of the CBS board were foreordained and are without merit,” Levander said. “Consistent with the pattern of leaks that have permeated this ‘process,’ the press was informed of these baseless conclusions before Mr. Moonves, further damaging his name, reputation, career and legacy. Mr. Moonves vehemently denies any non-consensual sexual relations and cooperated extensively and fully with investigators.”

Also Read: 13 TV Winners and Losers of 2018: From Henry Winkler to 'Heathers'

Levander did not immediately respond to TheWrap’s request for comment on this story and CBS Corp declined to comment.

Moonves was accused of sexual misconduct by six women in a New Yorker article written by Ronan Farrow last July. Six more women came forward in September. Moonves resigned as CEO of CBS in September, following a two-month investigation but has denied all accusations.

Last month, CBS president and acting CEO Joseph Ianniello told employees that the investigation into the culture at CBS that was sparked by the multiple sexual misconduct accusations made against Moonves was nearing its end, noting that it was “frustrating” multiple leaks from the probe have been published in the New York Times.

In one of those stories, a report by lawyers for CBS found that the network would be justified in denying Moonves an otherwise-owed $120 million severance payout because he destroyed evidence and misled investigators looking into accusations of sexual misconduct, according to the Times, which cited a draft of a report prepared for the company’s board.