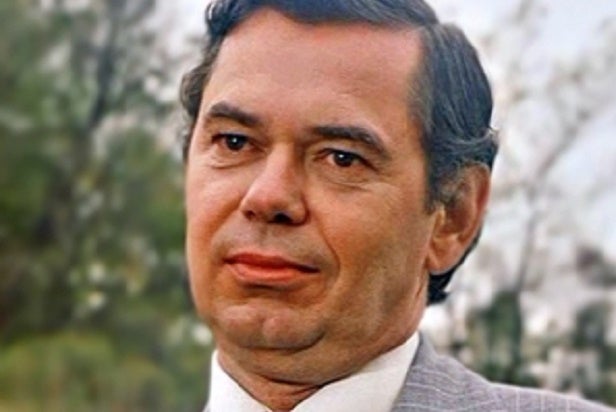 Leslie Carlson, a character actor best known for his role as the sinister Barry Convex in the classic sci-fi film “Videodrome,” is dead.

He died of cancer at his home in Toronto at the age of 81 on May 3.

In addition to his role as a creepy corporate bad guy in 1983’s “Videodrome,” for which he was nominated for a Genie Award for supporting actor, Carlson appeared in three other movies directed by David Cronenberg: 1983’s “The Dead Zone,” 1986’s “The Fly” and the short film “Camera” in 2000.

Among his most high-profile films roles was as a too-enthusiastic tree salesman in the 1983 holiday film “A Christmas Story.” He also appeared in “Black Christmas” and “Deranged.”

Carlson was also a frequent guest on TV shows, including “The X-Files,” “Highlander,” “McGyver” and “21 Jump Street.”

He was born in Mitchell, S.D., and moved to Canada in the 1960s. He is survived by his wife Joan, sons Ned and Ben and a sister, Judy.