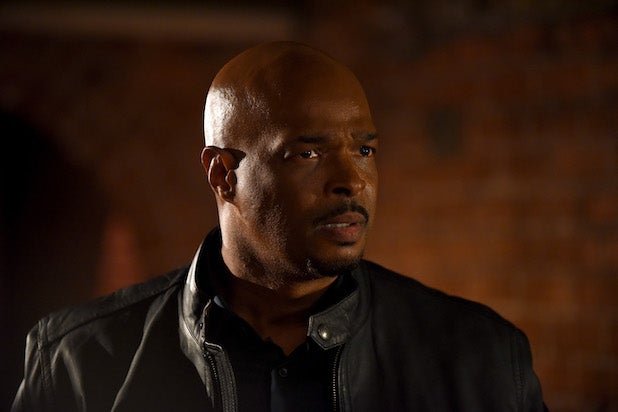 “Lethal Weapon” has wrapped its 15-episode third season, capping off what is inarguably a less dramatic run than the one the Fox series saw last year, but one still marked by a possible looming crisis — and we’re not talking about what’s happening on-screen.

“I’m going to be quitting the show in December after we finish the initial 13 [episodes],” he said in a video interview with Electronic Urban Report, just weeks after the show had returned with Wayans’ new co-lead, Seann William Scott (who plays Wesley Cole), at his side. “I’m a 58-year-old diabetic and I’m working 16-hour days.”

“Like Murtaugh said, ‘I’m too old for this,'” Wayans added, saying he planned to “return to the stage” to “try to find my smile again.”

And then a week later, Fox added a couple more episodes to what is now a 15-episode Season 3, all of which — including tonight’s finale — feature Wayans. And the actor hasn’t spoken about his plans to exit — or not — since.

So what does this mean for “Lethal Weapon” going forward?

Well, for starters, a network insider tells TheWrap the concerns Wayans expressed in that October interview have been addressed with showrunner Matt Miller, who “took care of them” and things are moving forward, with no word of any on-set drama since.

This sentiment echoes the one Miller made himself during the Television Critics Association press tour earlier this month.

Miller told reporters that Wayans said he was having “medical issues” halfway through the season and “as a result of that, it sort of made us all sit down, roll up our sleeves and say, ‘OK, we’re now really hearing you. What do you need?'”

“He was tired,” Miller added. “And I think when all of us are tired we’re like, ‘Yeah, yeah, we’re all tired. Let’s keep going.’ And then he was like, ‘No, no, no, I’m really sick.’ And it was a cry for help, you know? And we all sat down and we worked on some hours and ways to fix his schedule a little bit and ways that maybe changed some storylines to accommodate him, since that time — and you should certainly ask him, I don’t want to speak for him — but since that time, it has been an absolute delight making the show. And I can say that for myself. He has come to work with a smile. He’s been thrilled”

Miller noted then that the show had wrapped production on Season 3 the prior week and “seeing [Wayans] there with a big smile on his face the entire time brought the whole crew together.”

“It was tough for him, he’s not a young guy,” Miller added. “And this is not an easy show to make. And the amount of stunts that we do in the amount of time that we have is really, really grueling.”

So, if the show gets picked up for a fourth season — which it hasn’t yet — would the network be willing to do it without Wayans, should he decide it really is too “grueling” for him? After all, what is “Lethal Weapon” without both Riggs and Murtaugh?

We asked new CEO of Fox Entertainment, Charlie Collier, that question earlier this month at TCA — the same day Miller spoke about the situation — and while he wouldn’t give a yes or no, he did say the broadcaster would “retrench” to figure it out.

“It’s so interesting, I watch the show right now and think … as I said on the stage, you know, it’s really hitting its stride, and I think what they’ve got is a chemistry that the studio values, we value, and I think [Wayans and Scott] have, you know, done a really good job this season,” Collier told us in a one-on-one interview following his first executive session as Fox Entertainment CEO.

“With respect to pickups… I don’t want to answer that. No, no, I’m kidding (laughs),” he added. “I think we’ll evaluate it when we see what we’ve got, but I’m really encouraged by the chemistry they’ve brought to the screen.”

When we pushed a little harder, asking again if Fox would proceed with a fourth season if Wayans decided to quit, Collier added: “We’d all have to retrench and, again, I love what he brings to the screen, so what I’m looking at is what the two of them are doing that is pretty magical. And I think if — I wasn’t here, but if you read way back when, I think people will be really pleasantly surprised with where they’ve brought the show.”

While the Fox insider we spoke with couldn’t speculate on what would happen if Wayans does want to leave, they agreed with Collier’s statement the network would need to regroup when the time came to figure out how to proceed.

And all of this moot if the show does not get renewed for Season 4, which is a decision that has yet to be made and will come after Fox has weighed many factors, including ratings.

“Lethal Weapon” is currently averaging a 1.2 rating in the advertiser-coveted 18-49 demographic and 5.442 million viewers, according to L+7 data from Nielsen, which includes a week’s worth of delayed viewing where available. That’s a slight drop off from Season 2, which averaged a 1.3 and 5.457 million viewers, but a steep decline from Season 1, which scored a 2.2 in the demo and 8.631 million viewers.

However, the show’s first season aired at 8 p.m. on Wednesdays, as the lead-in for “Empire,” while its second season was moved to Tuesdays at 8 p.m., ahead of various sitcoms like “The Mick,” “Brooklyn Nine-Nine,” and “L.A. to Vegas.” Season 3 has remained in that time slot, but is now the lead-in for “The Gifted.” This season also doesn’t have Crawford.

And speaking of Riggs, here is what Miller said last month regarding how the show has moved forward, following Crawford’s exit: “This is a show that is very much a character piece with a procedural element in it. And for two seasons we played that hand really hard with these two guys. And forgetting for a second the off-camera stuff that led to this, from a creative point of view we kind of ran that relationship into the ground. And it was really an incredible gift to be able to relaunch a new version of that relationship starting from scratch with two characters that didn’t know each other, with two different sets of problems.”

Representatives for Fox and Wayans did not respond to TheWrap’s request for comment for this story. Warner Bros. declined to comment.