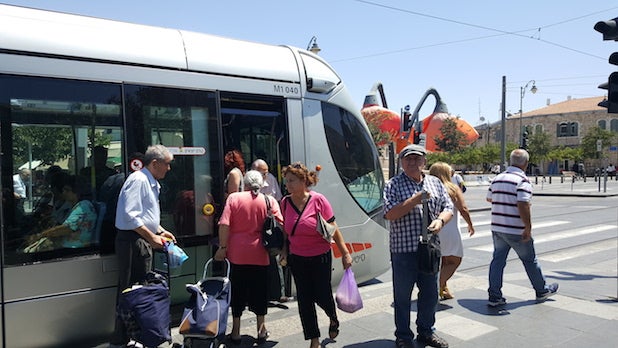 In the six years since I last visited Tel Aviv, it is a city transformed. A tech and real estate boom has taken hold of the city, and while the rest of the world recoils from a series of terror attacks, Israelis go about their business, pushing skycrapers into the air and building the next tech sensation to sell to Silicon Valley.

It would not be accurate to say that Israelis don’t care about the violence that is rocking the rest of the world. It is more that they are accustomed to living with terrorism and have decided to go on with their lives anyway. Their attitude toward Americans and Europeans might be something like: So now you know.

The terrorism does go on here too, although it no longer captures the world’s attention at a time when civilians are mowed down by the dozen along the French Mediterranean coast. On June 30 a 13-year-old girl was stabbed to death in her bed in the West Bank by a Palestinian intruder, intent on killing. Just over a month ago two Palestinian cousins opened fire on tourists and residents strolling through the glitzy new food halls of Sarona Market in the heart of Tel Aviv — think Manhattan’s City Kitchen food halls — killing four and driving panic into one of the most popular new leisure areas.

Both shooters ran out after the attack. One was shot by security guards who chased him to the entrance of the nearby Israeli Cinematheque (now screening the country’s contenders for Best Foreign Oscar). The other ran to the entrance of an apartment building across the street from the complex where a young family — father, mother, baby and other family — invited in the panicked attacker, unaware of the carnage a few hundred feet away. The father ran out into the street to see what the commotion was, saw the fallen shooter at the Cinematheque and realized that his suit and tie matched those of the panicked young man in his living room. He sprinted home — the longest 30 seconds of his life, he later recalled — and arrested the second shooter. (Turned out the father in question was an Israeli cop.) 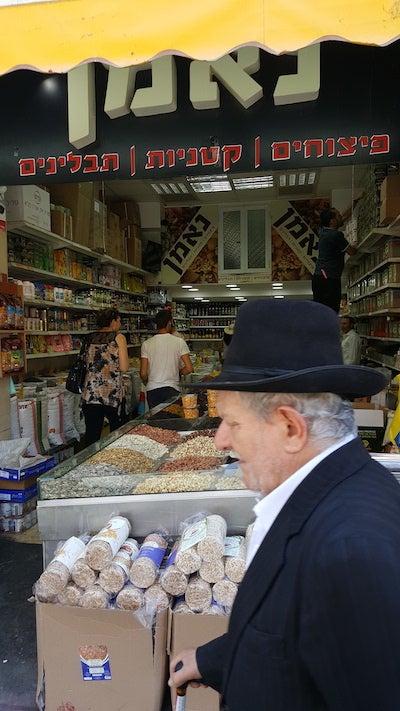 Thus do Israelis integrate the harsh reality of ongoing violence into their lives.

Sarona, by the way, is an example of the flying leap Tel Aviv has taken in the past several years from a dusty seaside city filled with stained stucco apartments built by Bolshevik-era designers to a metropolis exploding with nightlife, high-end skyscrapers and sophisticated cuisine served in beautifully appointed restaurants.

To a visitor who has come at various times over 30 years, the change from hummus bars and pizza stands is nothing less than astounding.

The new food halls offer a stunning array of quantity and quality of cuisine — from handmade pastas, to a Vietnamese ramen bar, to a wine-tasting counter, huge rounds of pungent cheese, fresh seafood of every stripe, all presented with the beauty and style you might expect in, say, London or Paris.

“Service in Israeli restaurants” used to be an oxymoron. Any hope for a polite waiter required a visit to an Arab establishment. Now they want to know if you’d like to try the cabernet.

The tech and building boom has also put the squeeze on young Israelis who can no longer afford to buy apartments. The skyscraper apartments sell for millions. Nobody with a regular job can afford that.

At the beach on a Friday radiating humidity despite the stiff breeze over the waves, there is the usual incongruous mix that describes the place. A statuesque Israeli girl struts in a black strappy suit, all legs and honey skin. Next to her an Arab family from nearby Jaffa has decamped with their picnic lunch. The women are veiled and frolic in the waves fully clothed. The Israeli lifeguards bark at everybody, in various languages, to stay inside the buoys. 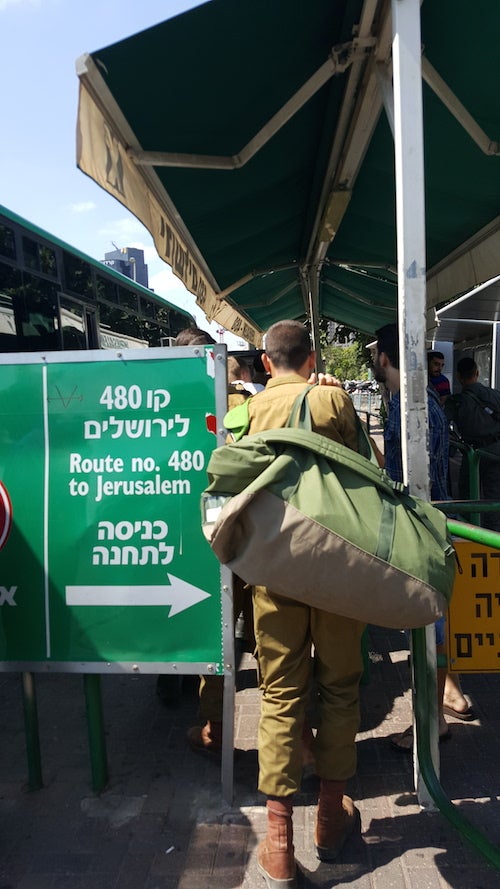 A few minutes walk to the west, the former artist colony of Neve Tsedek is now overrun by developers and rich industrialists. Russian billionaire Roman Abramovich has bought up an entire block of what were once studios and then a boutique hotel to make a summer playground. Across from him is the shabby-chic space previously occupied by Gal Gadot, budding Hollywood star, and her developer husband.

Up a ways on Rothschild Street at an Aroma café with 40-foot ceilings and a modernist design, the tables are packed during the work week with groups of engineers and computer coders, each building what they hope will be the next Internet sensation.

Typically these young techies finish their army service, go to university and then launch their start-ups before heading to Silicon Valley and Wall Street for funding and going public. Particularly at the moment, Israelis have a disproportionately high success rate in the space, from medical nanotechnology to Waze — sold for $1.3 billion to Google in 2013 — to ReWalk Robotics, whose exoskeleton technology IPO’ed at a comparatively modest $36 million in 2014.

Israel has always been a paradox of a country, a democracy defined by the Jewish religion, a fearsome military power informed by the weight of the Holocaust’s “Never Again.”

Today the country teems with the vast diversity of cultures from decades of in-gathering. On an intercity bus are Russians, Eritreans, South Africans, French, Americans, Yemenites and Israeli Arabs — this is nothing new, but up close it is always at odds with the odor of apartheid that hangs over the country’s image abroad.

The conflict with the Palestinians beats like a distant drum, always present, always unwanted, apparently immune to change. Building a wall between Israel and the West Bank created a semblance of civilian tranquility in Israel at least, ending the constant  suicide attacks of the 1990s. It has done nothing to advance a political solution.

The nature of the Israeli government, led by strongman-prime minister Benjamin Netanyahu — now embroiled in his umpteenth corruption scandal –seems similarly immune to change. And the instability all around Israel — in Syria, Iraq, Egypt, Saudi Arabia and now the ever-important Turkey — adds to an underlying sense of unease.

Which only seems to reinforce the Israelis’ get-on-with-it approach to life. While the rest of us try to find our way in the turmoil of violence that seems new and unending, in Israel they have figured out an impressive always-off-balance balancing act.