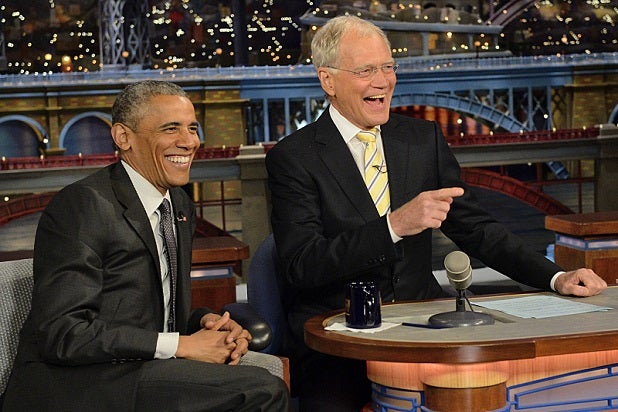 Monday night’s episode, which featured Obama’s eighth and final appearance on the program, yielded the best ratings for “Late Show” in more than three years, according to local household data for the top 56 markets.

“Late Late Show With James Corden,” which immediately followed Letterman, also enjoyed a boost Monday night. “Late Late Show” posted a 1.5/5 in local ratings, a double-digit boost over its week-ago performance of 1.2/4, and a solid improvement over the 1.0/4 that the show drew a year ago with Craig Ferguson as host. It was also an improvement over the 1.4/5 that Corden’s premiere as host drew on Mar. 23.

Letterman will sign off after more than two decades as “Late Show” host on May 20. Former “Colbert Report” host Stephen Colbert will step in as his successor in September.