Anthony E. Zuiker is the creator of television’s "CSI" franchise, which now includes "CSI: Crime Scene Investigation," "CSI: Miami" and "CSI: New York." Zuiker continues to delve into the worlds of gaming, publishing and cross-platform storytelling with the formation of his Dare To Pass production company. His most recent creation is the Digi-Novel, which takes readers across different media. Published by Dutton/Penguin Group, the first Digi-Novel in this crime series is titled "Level 26:Dark Origins," which will be in stores on September 8, 2009.

The writer’s strike changed everything for me.

For one, it gave me a chance to actually complete a thought. Day-to-day television has a way of stripping you of that. When we were picketing for those months, I was able to tap inside why I wasn’t a very good reader and did something about it.

So I invented the Digi-Novel.

"Level 26" is the the world’s first interactive crime novel that facilitated a “need." The need to make the reading experience easier and more enjoyable by providing levels of engagement beyond just endless white pages.

Now don’t get me wrong, I am a champion of the imagination. That’s how I created the most successful television franchise in history with “CSI”.

But I’m not the greatest reader. Sure, I read scripts for a living, but I find the experience laborious. So, if I could find a way to make reading “entertaining” like I made science "entertaining,” maybe I’d read more and others would too. 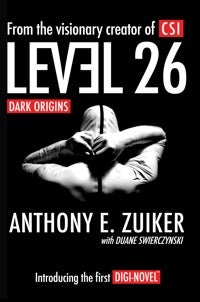 The publishing industry is going through a major transformation due to the technological revolution. People are reading and consuming more and more online. Overnight, we all woke up to “attention economy” disorder. We want our entertainment on the go, anytime, anywhere, on any device.

Everything is changing. More and more businesses are converging. Companies are downsizing. Especially publishing. If you don’t think so, pick up a Variety or Hollywood Reporter. The running joke in Hollywood is that it weighs the same as a table napkin.

Point is, this form of media is dying. The New York Times will shut the presses down within the next decade. There is no profit attributable to print anymore. Publishing, for the most part, is headed towards extinction. Music went through it. Television is walking the plank. Industries are failing.

But it can all be saved. All it needs is a reinvention. In publishing, the Digi-Novel is that reinvention.

Now I’m not saying it will ever replace traditional book reading, but it will give it a run for its money.

The Digi-Novel is a novel, movie, and website all in one. Imagine, a horror crime novel written with the same pagination style as James Patterson. Short page chapters. After twenty or so pages, the story will stop and you will have the option to log into level26.com and enter a code.

That code will unlock a “cyberbridge” which is a three minute motion picture scene which “bridges” you from one chapter to another. It’s not a recap, but a transition. 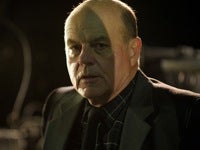 Sometimes it’s a love scene. Other times it’s a horror scene or a music video. Sometimes if you call the killer, he might even call you back.

Now, I know what you’re going to ask next –do you have to log-in every time to read the book?

If you want to read the novel cover to cover, you will not miss a beat, but if you engage in the cyberbridges, you will read an entirely new way. And when the book is over, the story continues online on level26.com for the community of fans. 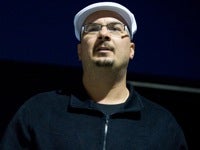 The DNA of the Digi-Novel is reading, watching, and logging in. The idea also allows for product placement opportunities to live inside the book, motion picture scenes, and the home page. The cross-monitization possibilities are endless.

When I pitched the Digi-Novel to eight publishers in New York, we had seven offers the same day. In the end, Dutton beat out Hyperion in a bidding war. Dutton won and we’re doing three books together. So if you want an “edgy version of CSI” which might just scare the crap out of you, pick up a copy on September 8th or pre-order one on Amazon.com. 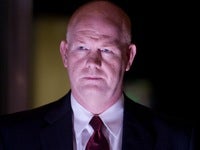 The “Digi-Novel” is the first of its kind and does something no other book can. Offer the existing crime reader a different experience while at the same time, taking the You Tube generation — who doesn’t read — and offer them snack sized scenes wrapped around a written narrative.

It truly is the best of both worlds. Converging generations to experience a “one size fits all” novel in the throws of uncharted technology.

Not to mention "read more."