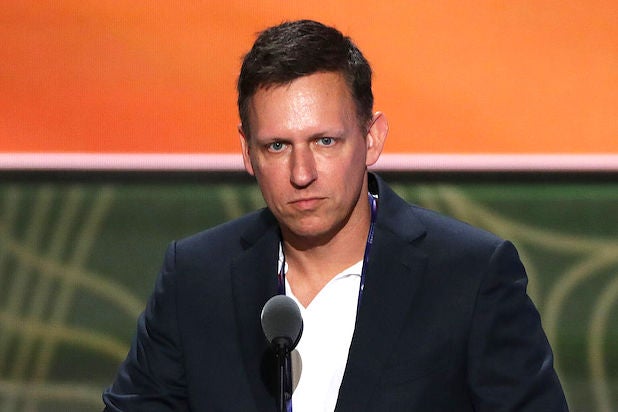 Peter Thiel, the billionaire co-founder of PayPal, became the first openly gay man to speak at the Republican National Convention in 16 years, and the only gay speaker at the Cleveland gathering.

This public embrace comes despite the party’s official platform, which was one of its most regressive this year in terms of LGBT rights. “I won’t pretend to agree with every plank in our party’s platform,” Theil said toward the end of his speech, acknowledging a platform that has been dubbed the most anti-LGBT policy statement from a party that has never fully embraced gay rights.

“But fake culture wars only distract us,” he added, referring in part to North Carolina’s recent anti-LGBT laws affecting the use of public bathrooms by transgender people.

Also Read: Gay Republicans Lament: Donald Trump Is 'Pro-Gay,' Platform Not So Much

Still, Thiel’s speech cheered conservative LGBT advocates who have had little to celebrate with their party’s continued opposition to expanding protections for them.

“Last week, the GOP drafted the most anti-LGBT platform until now,” Gregory T. Angelo, president of the Log Cabin Republicans, there country’s largest conservative LGBT advocacy group, told TheWrap. “This week, the Republican party hosted the most pro-LGBT convention in  its history.”

Thiel has been mistakenly referred to as the first gay speaker at a Republican National Convention. But former president of the Log Cabin Republican’s San Francisco chapter, Steven Fong, was the first in 1996, followed by Rep. Jim Kolbe in 2000.

On Wednesday, three different RNC speakers spoke about LGBT equality in their speeches.

Ted Cruz, who disappointed delegates when he failed to endorse Donald Trump during his speech, raised more than a few eyebrows when he gave LGBT rights a shout, telling the audience, “Freedom means religious freedom, whether you are Christian or Jew, Muslim or atheist, gay or straight.”

And former House Speaker Newt Gingrich, who was on Trump’s short list for VP, made an unusual appeal to LGBT people, saying: “If our enemies had their way, gays, lesbians, and transgender citizens would be put to death, as they are today in the Islamic State and Iran.”

But not everyone in the gay community is swooning over these sudden tokens by the GOP.

Gingrich and Cruz have built their careers on opposing LGBT equality, Jay Brown spokesperson for the Human Rights Campaign, the largest LGBT advocacy group in the country, told TheWrap. “We’ve moved past the point where merely acknowledging LGBT should be a moment of pride.”

Log Cabin Republicans also have an issue with Trump. While they consider him “the most pro-gay nominee this party has ever had,” the group has raised concerns about his association with anti-LGBT figures like Tony Perkins, the president of the The Family Research Council and Pat Robertson, chairman of the Christian Broadcasting Network.

But Angelo sees the comments by some of the GOP’s biggest names as a sign of progress.

“Peter Thiel will say he’s a proud gay man when her takes the stage tonight,” he said. “Everything I have seen and witnessed here in Cleveland shows me the Republican Party I’ve known: welcoming and inclusive.”