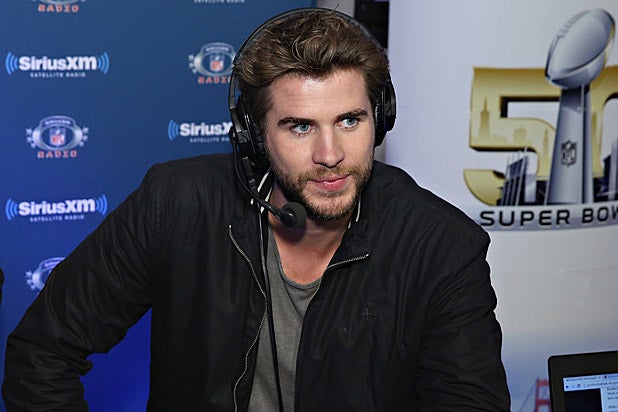 Liam Hemsworth will star in an untitled action thriller currently in development at Quibi, the streamer announced on Friday morning.

Written by Nick Santora and directed by Phil Abraham, the short-form series centers on Dodge Maynard (Liam Hemsworth),  a man with a terminal illness who accepts an offer to participate in a deadly game in order to take care his pregnant wife before he dies. He soon discovers that he’s not the hunter, but the hunted.

The series is produced by CBS Television Studios.

The untitled series joins a growing lineup of content at Quibi including a series based on the rise of Snapchat — a show that Jeffrey Katzenberg compared to its own version of “The Social Network,” and three additional new series announced earlier this month, including a sci-fi drama starring Don Cheadle, a stunt driving show from Idris Elba, and a new beauty series produced by and starring Tyra Banks.

Hemsworth recently completed filming the drama feature Arkansas opposite Vince Vaughn, the two play fictional low-level drug runners in the real-life Dixie Mafia. He’ll next be seen starring in “Killerman,” a crime-thriller in which he plays a New York money launderer who cannot remember his past.

Founded by Katzenberg and Meg Whitman, Quibi closed a $1 billion round of funding in August from investors including as 21st Century Fox, Disney, NBCUniversal, Viacom and WarnerMedia. The service, which will focus on producing and distributing short-form content made for mobile, will launch with a two-tier pricing model: a $4.99 per month ad-supported offer and a  $7.99 per month ad-free deal. Whitman says the company has already sold $100 million worth of advertisements ahead of its spring 2020 launch.