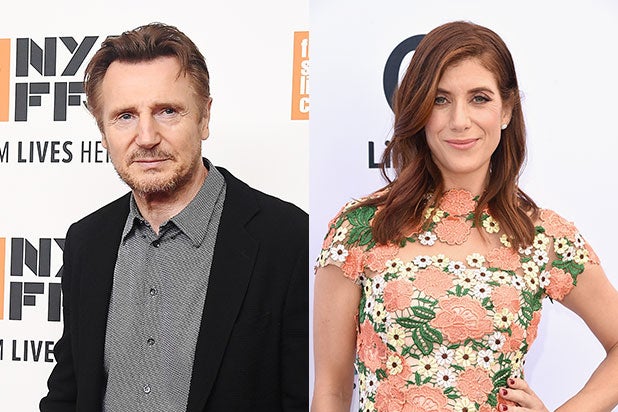 Liam Neeson and Kate Walsh are teaming up for “Honest Thief,” which will directed by “Ozark” co-creator Mark Williams, an individual with knowledge of the project told TheWrap.

“Honest Thief” follows bank robber Tom Carter (Neeson) who meets the love of his life Annie (Walsh), who works at the front desk of a storage facility where he hid $7 million from a robbery. He decides to clear his conscience and turn himself in after the two fall in love, but everything quickly spirals out of control.

Jai Courtney, Jeffrey Donovan and Jeffrey Wright are also in talks to join the cast.

Neeson will next star in “Widows” alongside Viola Davis, Michelle Rodriguez and Colin Farrell, as well as “The Ballad of Buster Scruggs,” which is directed by the Coen brothers. He is represented by CAA.

Walsh will next star in “Sell By” alongside Patricia Clarkson. She most recently appeared in “13 Reasons Why” and “Girls Trip.” She is represented by The Gersh Agency and United Agents.