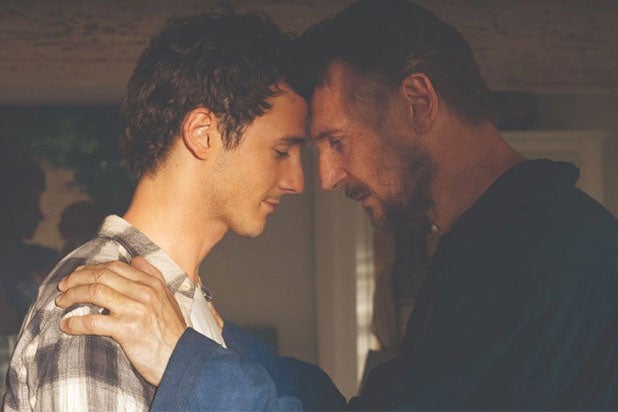 IFC has acquired the U.S. rights to Liam Neeson’s “Made in Italy,” an individual with knowledge of the deal told TheWrap.

James D’Arcy makes his feature directorial debut with the comedy; he also wrote the screenplay. IFC plans a Summer 2020 release for the film.

Neeson plays Robert, a bohemian London artist, who returns to Italy with his estranged son, played by Micheál Richardson, to sell the house they inherited from Robert’s late wife.

“We are really thrilled to be partnering with IFC and excited to support their strategy of making ‘Made In Italy’ their big summer theatrical release,” HanWay Films’ Gabrielle Stewart said. “From the very beginning this has been a very personal labor of love for all involved and they have fully embraced that.”

Arianna Bocco, EVP of Acquisitions and Productions at IFC Films, added: “IFC has a long and dedicated history of supporting first-time filmmakers and their passion projects. ‘Made In Italy’ is the complete package and we are excited to work with talent like James, Liam and Micheál to bring this special story to American audiences this summer.”

The film also stars Lindsay Duncan and Valeria Bilello. It is produced by Pippa Cross and Sam Tipper-Hale for CrossDay Productions in collaboration with Indiana Production S.P.A. Ingenious Media fully funded the production with the support of the Tuscan Film Commission.

The deal was negotiated between HanWay Films MD Gabrielle Stewart and Bocco.