A Hollywood animal trainer who worked on “Life of Pi” and “The Interview” has been caught on camera whipping a Siberian tiger, according to PETA.

The People for the Ethical Treatment of Animals are asking authorities to prosecute Michael Hackenberger, the director of the Bowmanville Zoo in Ontario, Canada, for allegedly beating the tiger named Uno up to 20 times on the face and body during a “training session.”

The animal rights group obtained footage of the act during an undercover investigation in which Hackenberger says on the video: “I like hitting him in the face. And the paws … the beauty of the paws being on the rock, when you hit him, it’s like a vise. It stings more.”

However, Hackenberger has since released a video of his own in response, in which he denies the allegations and claims there was a plant from PETA and that the images were misrepresented.

“I did not strike this animal,” Hackenberger said, while playing the original video to prove his point and apologizing for his bad language. Aside from his swearing, “the far more important issue is the issue of a abuse,” he said.

The trainer went on to explain his actions and said that he hit Uno twice to turn him around but he did not strike him again during the rest of the sequence. “For too long with have let PETA interpret the animal’s actions for us — we’re not going to do that today, we’re going to let the animal tell the story,” he said.

The story Uno told, according to Hackenberger was “I do not strike him. I strike the ground beside him,” and instead the tiger moved because of the verbal commands of his assistant, Madison. He also stated that PETA only released three minutes out of 90 minutes filmed, and he challenges them to release the rest of the footage.

Meanwhile, PETA stands by its claims and is demanding that the Ontario SPCA take the tiger away from Hackenberger.

“PETA’s eyewitness footage confirms that Michael Hackenberger uses violence and physical domination, and he needs to be stopped,” PETA Foundation Deputy Director of Captive Animal Law Enforcement Brittany Peet said in a statement. “You should no more whip a young tiger than a young child — it’s out of line and, we believe, outside the law.”

Hackenberger has also supplied animals used in the productions of “Billy Madison,” starring Adam Sandler; “The 13th Warrior,” featuring Antonio Banderas; and “The Ghost and the Darkness,” starring Michael Douglas.

See the PETA video below but please watch with caution due to bad language and alleged violent acts, followed by Hackenberger’s video response. 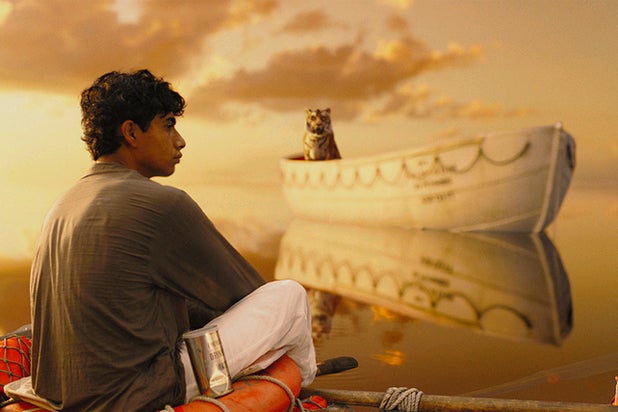