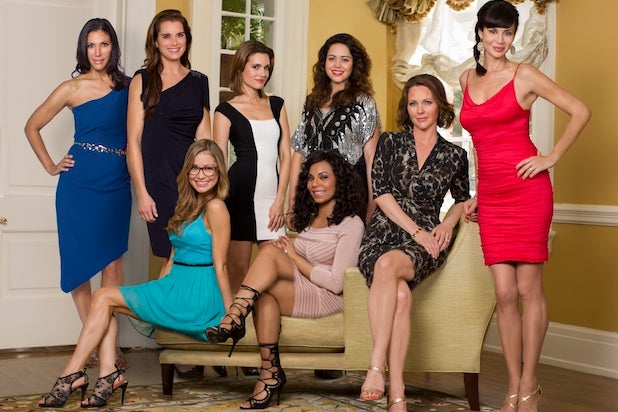 “There is no denying how special ‘Army Wives’ has been to both Lifetime and the television landscape,” Lifetime’s executive vice president and general manager Rob Sharenow said in a statement.

“By taking on a very relevant and timely issue, it has brilliantly captured the challenges our military families endure and the bravery they and their loved ones display while serving our country,” he continued.

After seven seasons, the cable network plans to end the series run with a two-hour retrospective special featuring cast members that will air early next year.

“It has been an honor to be the home of ‘Army Wives.'” Sharenow added. “We also want to thank ‘Army Wives” passionate legion of fans and everyone involved with the series: ABC Studios, Mark Gordon and Jeff Melvoin, Tanya Biank, every single cast member, as well as the crew and community of Charleston, South Carolina. Without their dedication, effort and loyalty, ‘Army Wives” seven wonderful seasons would not have been possible; and for that we are very grateful.”

“Army Wives” followed the struggles, dreams and friendships of a diverse group of women living with their spouses and families on an active Army post. It was created by Katherine Fugate and based on Tanya Biank’s novel, “Under the Sabers: The Unwritten Code of Army Wives.” Produced by ABC Studios, Mark Gordon and Jeff Melvoin served as executive producers.

The drama has received numerous honors, including two Gracie Awards from the Alliance for Women in Media, a Sentinel for Health Award from the USC Annenberg School for Communication and Journalism’s Norman Lear Center, as well as numerous NAACP Image Award, NAMIC Award and Prism Award nominations.

Once one of Lifetime’s most-watched original series, its Season 7 finale in June attracted 2.41 million total viewers.