The aftershocks from "Project Runway’s" jump from Bravo to Lifetime continue to reverberate through the cable universe — and not in the ways many had anticipated.

Lifetime, which seemed poised to finally shed its image as TV for (Older) Women with its costly acquisition of the uber-hip "Runway," has instead seen its overall ratings slide continue. 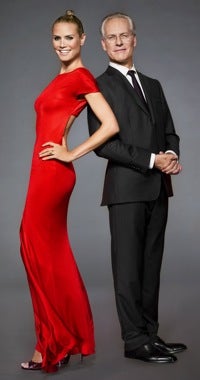 While it’s still cable’s top-rated network among women 18-49,  Lifetime’s ratings in that demo have dropped 13 percent in primetime thus far this year.

By contrast, Bravo has wasted no time getting over its breakup with "Runway." Despite the departure of its biggest hit, the network is actually 5 percent ahead of its 2008 average among adults 18-49 this year, and it had its best ratings quarter ever this summer (see accompanying story, "How Bravo Saved Itself").

And then there’s "Runway" itself.

After a fierce (and record-breaking) start, the show has displayed no Nielsen momentum on Lifetime, even though Lifetime reaches more cable homes (98.7 million) than Bravo (92 million).

"Runway" has fallen more than 20 percent since premiering with a series-best 4.2 million viewers in August — and, worse, it’s now averaging 9 percent fewer women 18-49 viewers than its last season on Bravo.

That’s not the scenario "Runway" executive producer Harvey Weinstein predicted last year, when he forecast big gains for the show on its new network.

"Lifetime doubled the audience for us. There is incredible potential to grow the show and make it bigger," Weinstein said back in April 2008 at a Lifetime rebranding event.

Making things tougher for Lifetime is the pricetag associated with its acquisition of "Project Runway." According to numerous reports, the network paid $200 million for a package of programming from the Weinstein Co. which includes at least five seasons of "Runway,"  two spinoff series and around 70 movies from the independent studio.

And yet, while the shift to Lifetime clearly hasn’t been the boon to "Runway" Weinstein and others expected, it’s also far too soon to declare it a failure. Anything but, says Lifetime President and CEO Andrea Wong.

"I don’t see any downside to bringing ‘Project Runway’ to Lifetime," Wong told TheWrap, calling the show’s performance on the network "fantastic."

"It’s the No. 1 rated reality show on cable this year among women," she added. And while competitors would note that statistic includes demographically undesirable viewers 50 and up, Wong notes Lifetime "sells lots of women demos," including older ones.

Lifetime research executives also note that "Runway" has helped lower Lifetime’s median age to 46.4, the network’s  lowest in a decade (and younger than Fox). Around 50 percent of the viewers watching "Runway" are new to the channel.  And the show has also helped with digital efforts, giving MyLifetime.com a record-breaking 11.3 million video streams last month.

"Runway’s" presence also probably didn’t hurt the debut season of "Drop Dead Diva," the first-year dramedy that gave Lifetime its best debut since "Army Wives" in 2007 and showed growth throughout its run. Promos for "DDD" aired throughout "Runway," giving Lifetime a nice platform in which to hype a series that drew strong positive reviews from many critics.

And yet, the fact is, "Runway" is drawing fewer viewers and fewer young females than when it aired on Bravo. Among women 18-49, it’s even slipped behind Bravo’s "Real Housewives of Atlanta" in the 10 p.m. Thursday timeslot they share.

Plus, while this is a subjective, buzz for the show  just doesn’t seem to be what it was during the Bravo era.

Sure, "Runway" landed an Entertainment Weekly cover just before its return — but the latest edition of the magazine slams this cycle’s "ho-hum cast" and "ill-advised" move to L.A. The blogosphere and Twitterverse have been even more harsh in their assessments of the series.

"Moving networks and changing producers had less of an impact on the show than one would expect: it looked and felt the same when the season debuted," Andy Dehnart, editor of RealityBlurred.com told TheWrap. "But this first Lifetime season has turned out to be lifeless, from the lack of Nina Garcia and Michael Kors to the mostly flat challenges. The franchise is aging, and this may just be an off season — although Bravo’s final season pretty much sucked, too."

Wong says she’s very happy with "Runway’s" creative direction and new producers Bunim-Murray. But she thinks Lifetime’s decision to air the show against the heart of the broadcasters’ fall launches has made it tougher to compete.

"If you compare it to prior seasons, this season is up against much more original broadcast (programming)," she said. "With the strength of ‘Private Practice’ and baseball and the entire competitive landscape, it’s a harder environment that the timeframes in which (the show) aired before."

Indeed, Lifetime had planned on premiering "Runway" last January — but the legal battle over the show made that impossible. That forced Lifetime programmers to scramble to fill the gap.

"This is very much a long-term strategic play for us," she said. "It was the third leg in the stool we needed. We had great strength in movies (and in) scripted series. But reality was not part of the brand expectation for Lifetime. Every time we tried to launch a reality show, it was an island on the schedule."

Wong said a better "measurement of success is in the future. Does (‘Runway’) give us that beachhead to launch other shows?"

Lifetime programming chief JoAnn Alfano is developing a slate of unscripted projects, at least one of which could premiere in conjunction with the finale to the next cycle of "Runway." (A new cycle of "Runway" is expected to begin airing on Lifetime as early as mid-January, though Wong declined to discuss specifics).

Despite its big cost and the fact that its ratings haven’t exploded, "Runway" remains a huge net plus for Lifetime, Wong said.

Indeed, "Runway," along with shows like "Diva," have begun to give the stodgy Lifetime a new identity. Overall ratings are down, though that’s partially a function of the network still boasting a library of older-skewing network acquisitions and women-in-jeopardy movies.

If Lifetime can develop more series like "Diva" and find a couple of reality show hits, it’s possible the "Runway" gamble may yet pay off.

"Our long-term strategy is to evolve the Lifetime brand to a more contemporary, energetic, relevant place," Wong said. "This show is very much a shot in the arm for that."