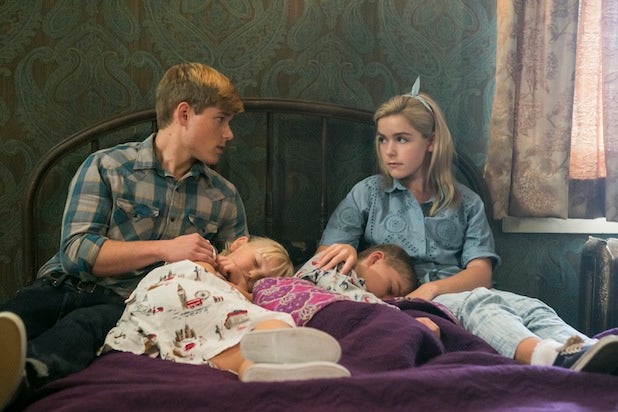 Lifetime’s original movie ‘Flowers in the Attic” was a ratings success for the network with its Saturday night premiere, hauling in 6.1 million total viewers.

The movie drew 2.6 million viewers in the 25-54 demo making it cable’s number one original movie performance in that demo since Lifetime’s October 2012 premiere of “Steel Magnolias.”

Also read: ‘Flowers in the Attic’ Producer Talks Sequel: ‘Petals on the Wind’ Is a ‘Revenge Story’

Among the 18-49 demographic most important to advertisers, the “Flowers in the Attic” premiere averaged 2.4 million viewers.

The movie, based on the V.C. Andrews book of the same name, tells the tale of the Dollanganger kids, who are convinced by their mother to stay hidden in the attic of their grandparents’ mansion, so that she can reclaim the family fortune.

Lifetime will air an encore of the movie Saturday night at 10 p.m. , following the premiere of “Lizzie Borden Took an Ax.” Meanwhile, the network is also developing a sequel to the movie, “Petals on the Wind.”