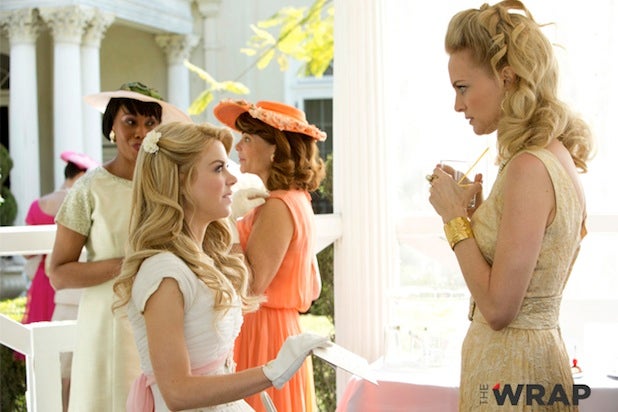 Lifetime’s “Flowers in the Attic” sequel “Petals on the Wind” didn’t blossom quite so well as its predecessor with its premiere Sunday night grabbing 3.4 million total viewers — or a little more than half of what the network’s “Flowers” drew with its premiere earlier this year.

“Flowers in the Attic” attracted 6.1 million total viewers in January. Granted, the “Petals on the Wind” premiere took place over Memorial Day weekend, which is bound to negatively affect the ratings, but still, it was a pretty steep dropoff.

In the advertiser-sought 18-49 demographic, the adaptation of the V.C. Andrews novel, which stars Heather Graham and Ellen Burstyn, had 1.5 million viewers, a 36 percent boost over Lifetime’s original movie average so far this year — but still down from the 2.4 million demo viewers that “Flowers in the Attic” garnered with its premiere.

“Petals on the Wind,” which follows the Dollanganger family as they attempt to put their sordid past behind them a decade after escaping from their grandparents’ attic, will air encore performances Tuesday night at 7 p.m. and Wednesday night at 8 p.m.