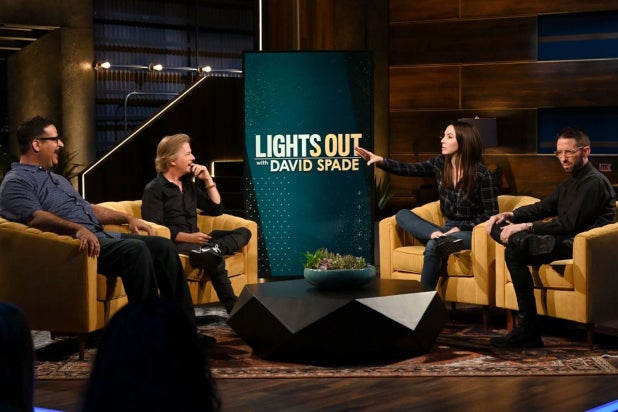 Among adults 18-49, which is the key demo for advertisers on entertainment programming, “Lights Out” averaged a 0.17 rating from Monday-Thursday. Spade played slightly better among adults 25-54, averaging a 0.20 rating.

None of those are great numbers.

On Monday, Spade’s show drew 970,000 gross viewers. That tally includes the sum of its 11:30 p.m. series debut, which was simulcast across Comedy Central, Paramount Network and TV Land, plus one Comedy Central encore. Of that all-in count, which is not really a typical way to tabulate a show’s rating in the first place, 428,000 viewers were between the ages of 18 and 49.

It’s been downhill since there.

According to the network, “Lights Out” features Spade’s “signature take” on the pop culture news of the day, and includes a rotating group of Spade’s comedian and celebrity friends while also incorporating sketches and field segments.

“Lights Out” is Comedy Central’s latest go at filling the late-night slot vacated by “The Colbert Report” when host Stephen Colbert moved on to CBS’s “The Late Show” back in 2014.

Previous attempts to compliment “The Daily Show” included “The Nightly Show With Larry Wilmore” and Jordan Klepper’s short-lived “The Opposition.”