The first trailer for Disney and Pixar’s “Lightyear” has arrived, and the beloved spaceman is ready to blast off. But he’s not going to infinity just yet — he’s just headed around the sun.

“Lightyear” is set to tell “the definitive origin story of Buzz Lightyear,” the actual man. Because yes, he was real, and he was cool enough to have a toy version of himself made for kids. Buzz will be voiced by Marvel star Chris Evans, and much like the ending of “Avengers: Age of Ultron,” the ending of the “Lightyear” trailer teases fans with just the first half of the spaceman’s iconic catchphrase.

You can watch the full “Lightyear” trailer in the video above. 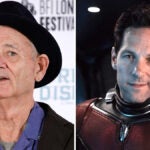 There’s hardly any dialogue in the trailer, keeping the film’s plot mostly a mystery, but what we know for sure is that Buzz is on a mission to fly around the sun. Of course, to complete that mission, he’ll need his classic green and white space suit, which is inevitably far cooler than the toy version.

“The phrase ‘a dream come true’ gets thrown around a lot, but I’ve never meant it more in my life,” Evans said in a statement about the movie. “Anyone who knows me knows that my love for animated films runs deep. I can’t believe that I get to be a part of the Pixar family and work with these truly brilliant artists who tell stories unlike anyone else. Watching them work is nothing short of magic. I pinch myself every day.”

Naturally, the “Lightyear” trailer is set to David Bowie’s “Starman,” promising all kinds of space adventures with the Star Command Ranger.