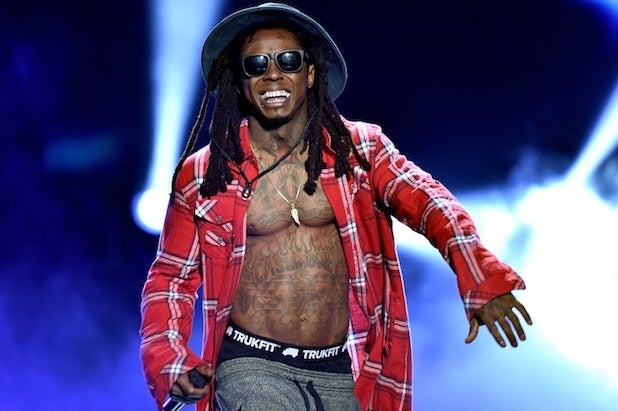 Lil Wayne doesn’t care about the Black Lives Matter movement, and laid out his logic pretty clearly during a “Nightline” interview that aired Tuesday.

“I am a young, black, rich motherf—er. If that don’t let you know that America understand black motherf—ers matter these days, I don’t know what it is,” Wayne said when reporter Linsey Davis asked for his thoughts on Black Lives Matter. “Don’t come at me with that dumb sh–, ma’am. My life matter, especially to my b—hes.”

Translation: He’s rich and black, so there can’t possibly be racial inequality in America. Or at least, if it does exist, it’s not his problem.

His initial reaction to being asked for his thoughts on the movement was his own question: “What is it? What do you mean?”

After a brief explainer, Wayne said, “That just sounds weird. I don’t even know why you put a name on it. It’s not a name. It’s not ‘whatever, whatever.’ It’s somebody got shot by a policeman for a f—ed up reason.”

The rapper is already under fire on social media for the controversial comments, which follow him stating during a Fox Sports 1 interview not too long ago that “is no such thing as racism.”

#Lil Wayne is making money now. He forgot he was a young black kid from the streets of New Orleans that was racially profiled.

I'm disgusted by Lil Wayne's perspective on the issue but more disgusted by how he was speaking to the young lady interviewing him. #TTLO

During his “Nightline” interview, lil Wayne continued: “I don’t feel connected to a damn thing that ain’t got nothin’ to do with me. If you do, you crazy as sh–.”

He then took a piece of red cloth out of his pocket and added, “I’m connected to this flag right f—ing here, because I’m connected. I’m a gangbanger now.”

“I ain’t no f—ing politician,” he concluded before abruptly ending the interview.

His comments are troubling to those who do feel connected to the Black Lives Matter movement, an extension of the Civil Rights movement, which many would argue did not end racism in America. Although, a great number of conservative columnists, pundits and online commenters who think white privilege is a myth will claim otherwise.

The rapper’s comments are also confusing, since there is video of him recognizing Black Lives Matter while performing, and he has addressed racism in some of his songs.

But here Wayne said #BLM so I am totally lost. What is it @LilTunechi? https://t.co/I0Xd24NWXj

I don't know who paid lil wayne to say that "theres no such thing as racism", this man has 3-5 songs about how America is very racist lol

So is he trolling the media, or has he become so rich and famous that he is out of touch with the average population? Shaun King, a prominent Black Lives Matter voice, can’t explain it either.

I saw the Lil Wayne interview. I have no judgment, just sadness. The brother has problems. I can't even explain it. Drugs & fame.

Watch the “Nightline” interview below.