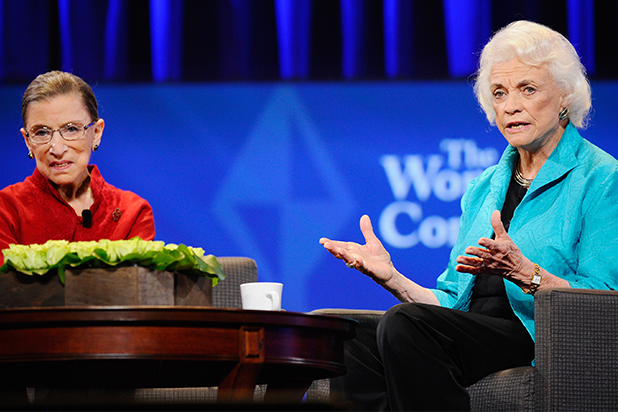 A limited series about Supreme Court justices Ruth Bader Ginsburg and Sandra Day O’Connor is in development, a person familiar with the project told TheWrap.

The project, based on Linda Hirshman’s biography “Sisters in Law,” comes from Alyssa Milano’s Peace by Peace Productions and PatMa Productions, an independent studio with the goal to amplify diverse voices and founded by Nina Tassler and Denise Di Novi. Milano, Tassler and Di Novi will executive produce the series.

Hirshman’s book documents the first and second women to be Supreme Court justices and their relationship.

From the publisher Harper Collins’ description of the biography: “The relationship between Sandra Day O’Connor and Ruth Bader Ginsburg–Republican and Democrat, Christian and Jew, western rancher’s daughter and Brooklyn girl–transcends party, religion, region, and culture. Strengthened by each other’s presence, these groundbreaking judges, the first and second to serve on the highest court in the land, have transformed the Constitution and America itself, making it a more equal place for all women.”

Ginsburg is currently the subject of a documentary film titled “RBG,” out theatrically May 4.