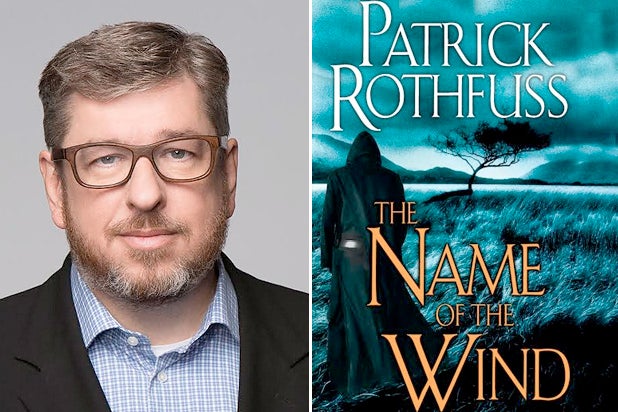 Lin-Manuel Miranda’s adaptation of “The Kingkiller Chronicle” has found its showrunner in “The Player” creator John Rogers, Lionsgate announced Tuesday.

Lindsey Beer is writing the feature film adaptation, based on the first book in Pat Rothfuss’ “Kingkiller Chronicle” series, titled “The Name of the Wind.” Simultaneously, the planned TV drama series will “expand on the world outside of the books.” Miranda and Rothfuss will be involved in the development of the new characters and storylines explored in the TV show.

“With the addition of the incredibly talented John Rogers as showrunner, we have now assembled the perfect creative team to develop a premium quality scripted series to launch our Kingkiller Chronicle franchise,” Lionsgate Television Group Chairman Kevin Beggs said in a statement. “The unique collaboration between our television and feature film divisions will enable us to dramatically expand the world of this iconic franchise for its millions of passionate fans while introducing the property to a whole new global audience.”

Miranda will serve as a producer and “musical mastermind,” and will compose original music, as well as write the songs. Miranda also has an option to be involved in future stage adaptations of the books as well.

Rogers is coming off of NBC’s “The Player,” which he created and executive produced. He also co-created and ran TNT’s “Leverage” and created and ran the network’s “The Librarians.” Currently writing a “Magnum P.I.” sequel for ABC, Rogers reassured fans the schedule for “Kingkiller” allows him to do both shows.

“Since I got the question multiple times — no, since the show lines up with the movies, the timeline is very extended,” he said. “I’ll have time for a full season of ‘Magnum’ as we’re developing ‘Kingkiller,’ if we’re lucky enough to be given a season order on ‘Magnum.'”

I'll have time for a full season of MAGNUM as we're developing KINGKILLER, if we're lucky enough to be given a season order on MAGNUM

Since I got the question multiple times — no, since the show lines up with the movies, the timeline is very extended. https://t.co/0pkRoEdYaY