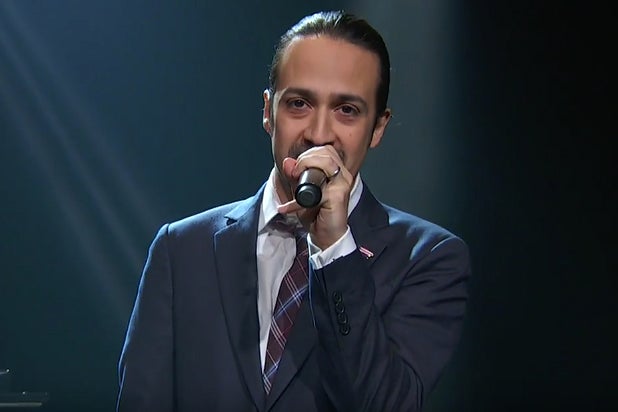 “Hamilton” creator and star Lin-Manuel Miranda will continue his Hollywood takeover with Sony Pictures Animation’s “Vivo,” which the studio plans to hit theaters in 2020 — and for which Miranda has already written 11 original songs.

Miranda, the Grammy, Emmy and Tony award-winning star and creator of the Broadway musical about America’s first Treasury Secretary, wrote the songs for Disney’s “Moana,” which has already made $146 million domestically and $242 million worldwide.

Vivo follows an adventure-seeking capuchin monkey with a passion for music, as he sails from Cuba to Miami to fulfill his destiny. “The Croods'” Kirk De Micco is set to direct.

“High School Musical” scribe Peter Barsocchini originated the project, which will be written by Pulitzer-winning playwright Quiara Alegría Hudes (who wrote the book for Miranda’s first Broadway musical, “In the Heights”).

“Vivo” will be produced Lisa Stewart (“Monsters vs. “Aliens) and executive produced by Lawrence Mark (“Dreamgirls”).

The film is a passion project for Miranda and a priority for Sony Pictures Entertainment and Sony Pictures Animation, which SPA chief Kristine Belson and SVP of Creative Affairs Mike Moon are spearheading.

Scoring Miranda is a coup for Sony, especially since Disney seemed to have him locked up with “Moana” and “Mary Poppins Returns,” a live-action film in which he will star opposite “The Girl on the Train” actress Emily Blunt.
“Vivo” is scheduled for a Dec. 18, 2020 release.