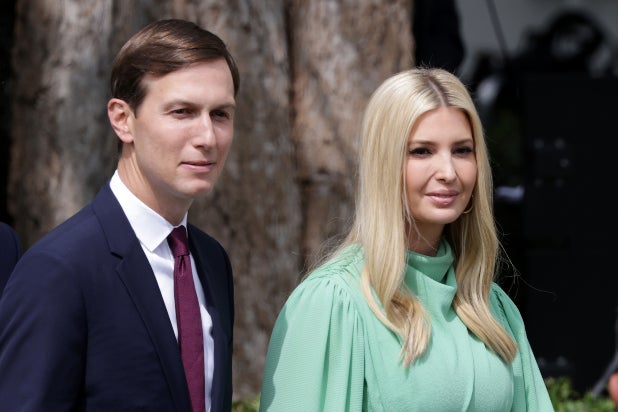 The Lincoln Project, a group of anti-Trump conservatives, said it will not take down its billboards in New York City that feature Ivanka Trump and Jared Kushner that mock the Trump administration’s response to the pandemic. This was after a lawyer for the two sent a threatening letter demanding they be removed.

“It is unsurprising that an administration that has never had any regard or understanding of our Constitution would try to trample on our first amendment rights, but we fully intend on making this civics lesson as painful as possible,” the Lincoln Project’s statement read in part. “Jared and Ivanka have always been entitled, out-of-touch bullies who have never given the slightest indication they have any regard for the American people. We plan on showing them the same level of respect.”

A pair of billboards were erected this week in Times Square on the corner of 44th Street and Broadway. One of the billboards features Ivanka Trump smiling and gesturing towards the national and New York state numbers of COVID-19 deaths. The other sees Kushner smiling alongside a quote that reads “[New Yorkers] are going to suffer and that’s their problem.” The quote is based on a Vanity Fair article in which Kushner criticized New York governor Andrew Cuomo’s handling of the outbreak. Kushner told VF that Cuomo didn’t “pound the phones hard enough” for protective equipment, before adding: “His people are going to suffer and that’s their problem.”

The group posted the letter sent from the two’s attorney, Marc Kasowitz.

“Of course, Mr. Kushner never made any such statement. Ms. Trump never made any such gesture, and the Lincoln Project’s representation that they did are an outrageous and shameful libel,” Mr. Kasowitz’s letter read. “If these billboards are not immediately removed, we will sue you for what will doubtless be enormous compensatory and punitive damages.”

Jared and Ivanka have always been entitled, out-of-touch bullies who have never given the slightest indication they have any regard for the American people.

We plan on showing them the same level of respect.