Paramount has released the first official image of the upcoming “Terminator” sequel, in which Linda Hamilton returns as Sarah Connor.

In the image, we also see Mackenzie Davis and Natalia Reyes, who will star as Grace and Dani Ramos, respectively. Hamilton looks like a badass holding a gun and wearing a vest, but her usual long locks are replaced by a shorter haircut this time around.

Last September, it was announced Hamilton would resume her iconic “Terminator” role in Arnold Schwarzenegger and James Cameron’s latest installment of the sci-fi series. The actress first played the role of Sarah Connor in the original 1984 movie and again in the 1991 sequel “Terminator 2: Judgment Day.”

“Deadpool” director Tim Miller will shoot the film with series creator James Cameron returning to the franchise for the first time since “Terminator 2: Judgment Day” as a producer. Schwarzenegger, Gabriel Luna and Diego Boneta also star. 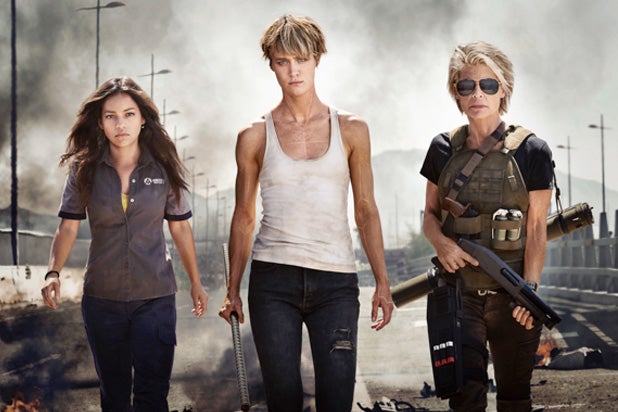