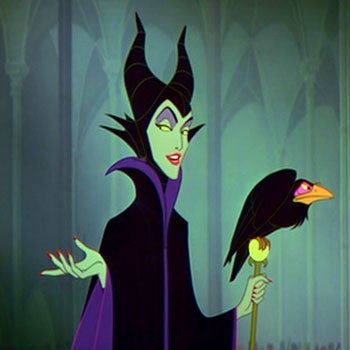 Hot on the heels of "Alice in Wonderland," Disney has hired screenwriter Linda Woolverton to write "Maleficent," a live-action film centered around the shapeshifting evil queen in the 1959 animated classic "Sleeping Beauty," according to the Hollywood Reporter.

Woolverton wrote my all-time favorite animated movie, "The Lion King," as well as Best Picture nominee "Beauty and the Beast," so I think it’s safe to say she’s up to the challenge. She also co-produced "Alice in Wonderland," so a similar role could be in the cards for her on "Maleficent."

Tim Burton has been circling the director’s chair, and Woolverton’s involvement could make this an even more enticing project for the "Alice" director. AICN broke the story of Burton’s interest in the character back in January, though there is currently no deal in place for the filmmaker.

Like "Alice in Wonderland," the movie offers Woolverton the chance to reinvent the classic fairy tale by telling the "Sleeping Beauty" story through the eyes of the self-proclaimed "Mistress of All Evil." Hollywood’s current remake craze has become frustrating to say the least, but this one deserves credit for taking an interesting angle.

Hopefully, Woolverton can inject some emotion into the story, as Burton’s movies have come across to me as increasingly cold and calculated, missing the heart and wonder that his earlier films like "Edward Scissorhands" had in spades.

Maleficent is one of the darker characters in Disney’s dastardly stable of villains. She has the ability to morph into a fire-breathing dragon, but that may be well-worn ground by the time "Maleficent" hits theaters, with DreamWorks releasing "How to Train Your Dragon" in 3D this week.

With "Alice in Wonderland" dominating the box office this month, Burton has his pick of projects, including a 3D stop-motion animated "Addams Family" movie he signed on to direct as of last week. Personally, I’d like to see Burton focus his energy on more original material.