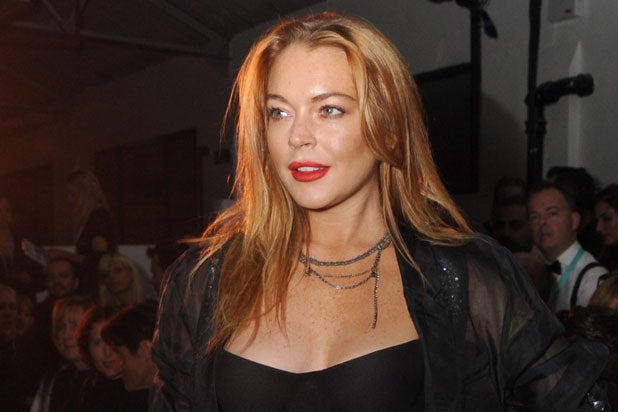 Lindsay Lohan is asking for privacy after an apparently rough weekend, but she mostly seems to be receiving ridicule instead.

The “Mean Girls” star took to Instagram on Monday to request that people stay out of her personal life, after she very publicly aired dirty laundry about her personal life over the weekend.

“I would appreciate if these speculations regarding my personal life would respectfully come to a halt. Unfortunately, a private matter has become more public than I can control and I would be extremely grateful if my fiancé and myself could discuss our personal matters on our own,” Lohan wrote.

The occasional actress continued, “There are more important things going on in the world than our relationship. Please leave us be to solve our personal matters.”

The request followed a series of since-deleted social-media messages in which Lohan accused her boyfriend, Egor Tarabasov, of cheating on her.

In one message, Lohan posted a photo of the couple with Tarabasov’s face scribbled out.

Subsequent posts included the messages, “Wow thanks #fiance with Russian hooker @dasha_pa5h,” a reference to PA5H creative director Dasha Pashevkina, and “he cheated on me with hooker.”

On Sunday, British newspaper the Sun added fuel to the fire, with a report that police had kicked in the door of Lohan’s apartment in London over the weekend, after Lohan went to the balcony of her apartment and shouted, “He just strangled me. He almost killed me.”

Lohan’s detractors were quick to call her out as the probable cause of her own lack of privacy.

“Hahaha a private matter has become more public… Just out of thin air right?” read one mocking reply to her Instagram post. “It has nothing to do with your numerous posts and video surveillance of this guy that YOU made public. Oh, child, Bless your heart…”

“You’re the moron who put your personal drama out there in the first place,” another critic noted.

“Soooo then why’d you post it on social media yourself @lindsaylohan?” went another reply to Lohan’s plea for privacy.

Lohan did have some supporters coming to her aid in the comments section of her Instagram post.