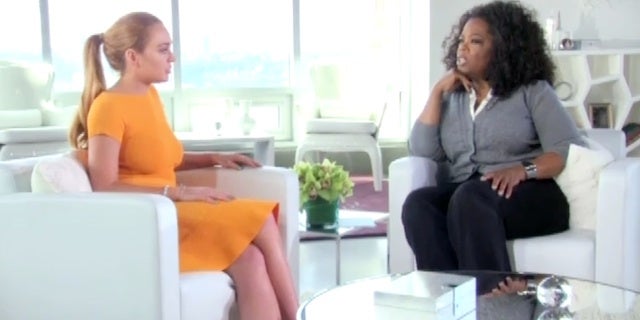 Alcohol, not cocaine, is Lindsay Lohan‘s drug of choice and the source of her addiction, the troubled star told Oprah Winfrey in an interview last weekend on “Oprah’s Next Chapter.”

When pressed by the talk show queen about her earlier comments that she had only tried cocaine three or four times, Lohan admitted that she had downplayed her experiences with the drug.

“I really haven’t done it more than 10 to 15 times,” Lohan said. “Of course, I said three or four. I was terrified of being judged.”

Lohan said she only snorted the drug and mainly used it so she could have the energy to keep drinking.

A poised and polished-looking Lohan recently completed a court-mandated stint in rehab and hit Winfrey’s couch as part of a comeback tour that has also seen her host “Chelsea Lately.”

She said that alcohol was the source of her problems and the fuel for a hard-partying lifestyle that has derailed her once promising career.

“Alcohol,” Lohan said. “That, in the past, was a gateway to other things for me”

In the tête-à-tête Lohan said that her troubled childhood, which was checkered with her parents’ separations and eventual divorce and her father Michael’s legal problems, helped create her addictive personality.